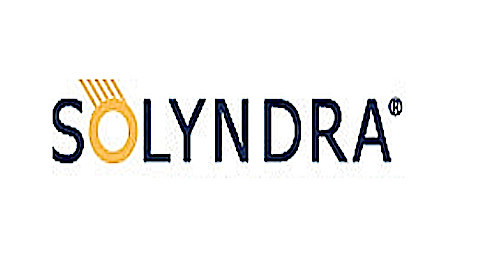 Solyndra LLC is a company that you have probably not heard of, unless you happen to be really into green power. For those of you who are not familiar with the company, which makes solar power systems, here is a look at how the company has chosen to describe its product, “Solyndra’s cylindrical design offers proven reliability and superior performance. Each panel is made up of 40 individual modules, wired in parallel for high current, which capture sunlight across a 360-degree photovoltaic surface capable of converting direct, diffuse and reflected sunlight into electricity. Using innovative cylindrical copper indium gallium diselenide (CIGS modules) and thin-film technology, Solyndra systems are designed to be able to provide the lowest system installation costs on a per watt basis for the commercial rooftop market. More than 1000 Solyndra systems are installed around the world, representing nearly 100 Megawatts.”

Sadly the company ran into some fiscal challenges last year. For those of you who did not hear about them the first time around here is a look at how the company chose to deal with those issues, “Solyndra LLC, the American manufacturer of innovative cylindrical solar systems for commercial rooftops today announced that global economic and solar industry market conditions have forced the Company to suspend its manufacturing operations. Solyndra intends to file a petition for relief under Chapter 11 of the U.S. Bankruptcy Code while it evaluates options, including a sale of the business and licensing of its advanced CIGS technology and manufacturing expertise. As a result of the suspension of operations approximately 1,100 full-time and temporary employees are being laid off effective immediately.”
As you can imagine the cutting back of  that many workers caused quite a stir. The workers, all of whom here put out of a job without any notice at all, were likely very upset with the way they were unceremoniously dumped from the payroll in order to fix the problems created by a bad market and the decisions of their management.
When that many people, or any number more than 50 people, are cut loose from their jobs in one location this is known as a mass layoff action and when a mass layoff action takes place certain extra rules must be followed. In addition to giving a notice of mass layoff to the state that will bear the brunt of the cuts the workers must be given 90 days of warning in order to help them prepare for the loss of their jobs.

The workers, who were cut immediately, filed a claim against the company. In that claim the workers alleged that they were not laid of properly, with the correct amount of notice and pay. The workers recently settled the suit with the company and Solyndra LLC has paid out a settlement of $3.5 million workers.

This is not the only solar company that has turned to layoffs in order to make ends meet. For those of you who missed out on our earlier coverage of layoffs to another solar power company, MiaSolé, here is an excerpt from our earlier coverage, “For the time being the company has not put out an exact number of jobs to be cut, but given the fact that this is part of a much larger plan, on that relies on a restructuring of the company and a strategic partnership, the odds are good that the cuts will come in the near future.”