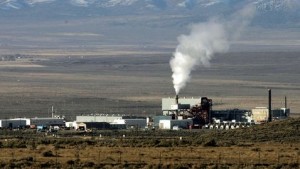 Over two dozen of the employee working in Tooele County will be stuck without a job. Many of these individuals that are being laid off are correction officers. The reason that many of these officers are being put out of work is because a new jail has been built and opened but the jail is nearly half empty and the county is receiving fewer fees from the hazardous waste industry. Several leaders in the county were struggling to make up for the $2 million shortfall that the county dealt with for the last quarter of the budget. The last quarter officially end on the 31st of December and because of this, the county is handing out slips to several employees at the jail, leaving them out of work and unemployed. Along with layoffs, the county is getting rid of its economic development department altogether. The commissioner of Tooele County, Bruce Clegg, has said, “It’s been hurtful. The economy is really affecting everybody.” He also said, “In a small community, all of your employees are also your friends.”

Tooele County typically receives a large portion of its revenue for the budget from fees that come from a bunch of different companies, including the EnergySolutions Company. The company specializes in the disposal of hazardous waste. Throughout the past few years, the company has paid out millions of dollars to the county in mitigation fees. However, since the specific chemical weapons were destroyed several months ago, the Deseret Chemical Depot ended up paying only $19,000 in fees instead of millions of dollars. A spokeswoman, Alaine Grieser, has said, “It’s been a good thing for us and a good thing for the country to get it finished.” She also said, “It hasn’t been so good for Tooele County.”

The EnergySolutions facility once received a large volume of material back in 2005 but ever since then; it has seen a decline in the amount of material. Back in 2005, the company was getting material from a cleanup that was taking place of nuclear weapon on Rocky Flat. Because of that cleanup, the county was able to receive over $12 million in fees due to the impact it had on the environment. A spokesman for the company, Mark Walker, say that the decline in fees goes along with the decline of federal dollars that have been available for the disposal of such waste. Walker says, “Right now, there is not a lot of money with the Department of Energy for disposal.” He also said, “Like all federal entities, there is just not a lot of money.”