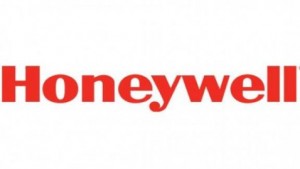 The Honeywell Plant, an institution that has been in existence for several decades, will be shut down by the end of the following year. When it shuts down, there will be about 50 people out of work since that I the number of jobs that will be lost due to the closing of the plant. The mayor of the town, Mayor John L. Chandler has said that the plant operation had been scaled back for quite a while now. He said, “We were hoping they would come back, but that was just wishful thinking, I guess.” He also said, “We could pretty well see the handwriting on the wall.” The plant is typically known for its production of plastic parts that are used in certain types of switches.

A spokesperson for the Honeywell Plant, Mark Hamel, has said, “We’ve decided we’re going to transition the work to another facility.” He also said, “It’s an efficiency thing.” At this point in time, Hamel was not able to provide information on which facility will take on the work from the plant that is closing down. As of right now, the Mars Hill plant only employer around 48 individuals.

Hamel says that he knows the latest decision is not going to sit well with the employees, especially since many of them are going to be laid off because the plant is closing. The last time layoffs were made was back in 2003 when 180 individuals were laid off because the company downsized. Hamel said, “Ultimately, with the timing of this, we’re trying to give people as much of a heads-up as possible.” He also said, “The transition period will go into the middle of next year. No jobs will be affected till the second quarter of 2013.”

Hamel made the announcement about the plant shutting down next year earlier on in the morning, making it clear the a previous statement about the plant closing in the middle of the year was not true. When speaking of the plant shutting down, Hamel said, “So the job impacts begin in the second quarter of 2013 and will proceed gradually until the transition is complete by the end of the year.” Employees will be given a number of opportunities and will also be able to apply for work at some of the other Honeywell facilities. Honeywell currently employs a total of around 130,000 individuals but the decision to close down Mars Hill has been finalized. Many people are sad over the closing, stating that these jobs paid well and have been part of the community for such a long time now.

PepsiCo Shutting Warehouse in Maine and Cutting 100 Jobs
Let’s Get Social
Feel like getting in touch or staying up to date with our latest news and updates?
Related Posts
Latest In Work Relationships