Home  » Ads May Be Banned By Transportation Agency 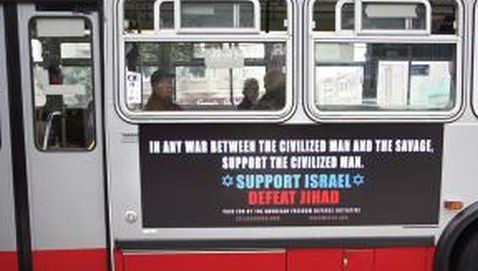 The Golden Gate Transit Company, known for being a leading transportation agency, is looking to avoid several of the recent controversies that have been taking place. In order to do so, they have considered adopting a new advertising policy that would basically ban any type of political or religious campaign from being displayed. In the meantime, however, some observers feel as though doing this would basically be in violation of the First Amendment rights.

For quite some time now, this transportation agency has been using a specific guideline as a way of figuring out whether or not they can accept certain advertisements. At some point during the week, the board of directors for the district is going to vote as to whether or not they should adopt such a policy that would include the ban of both political and religious advertisements. A spokeswoman, Mary Currie, said, “In light of that, we were certainly prompted to look at how we handle our advertising.” She also said, “We wanted our buses to remain as neutral as possible for our passengers. We believe our ads should only be commercial in nature.” Currie has made it clear that a number of different courts have already made rulings, stating that transit agencies can keep vehicles closed to a number of expressive activities which means that they have the right to limit certain advertisements and campaigns from being displayed. She also said, “We’re confident this does not violate any First Amendment laws.”

In the meantime, a law professor at the University of San Francisco, Josh Davis, said that a similar decision that was made by the New York Metro Transportation Authority was rejected. That transportation agency was looking to reject any sort of political advertisement but a federal judge ruled that doing so would be simply unconstitutional. Davis said, “This looks like an awkward strategy, at best, by the transit district.” A separate professor for the San Francisco State University, Joseph Tuman, said that such a policy could end up skirting the First Amendment. According to Tuman, if the buses are considered a public place, the agency may end up having to go through great lengths just to prove that it should be able to ban such advertisements. However, Tuman says that there have been some cases in which the courts have ruled that buses are nonpublic places instead of actually being considered public places. It will ultimately depend on the court, the judge, and their interpretation of it all when it comes down to what happens with this transportation agency.