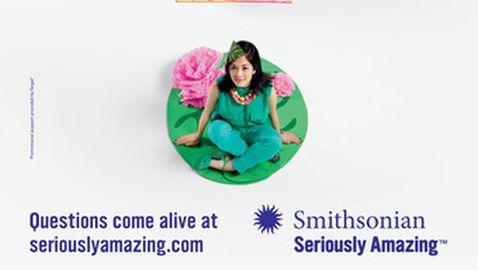 The most-loved and visited museums that are located in the United States will finally be launching a national advertisement campaign to get people more interested in what the Smithsonian Institution has to offer. The museum complex, which is 166 years old, has recently unveiled its new advertisements strategy with a catchy yet simple tagline, in which the museum is referred to as being Seriously Amazing, especially when it comes to helping people learn. The primary purpose of this advertising campaign is to help people realize that these museums are a great learning experience and an ideal destination to visit.

The Smithsonian has spent millions of dollars working on the development of its brand with a unique strategy. These new advertisements are going to cost around $1.4 million and have been paid for by federal funds and private funds as well. The Target Corporation has also paid for some of the funding. It is believed that these advertisements will truly be worth it because they will help grasp the attention of a younger generation of people, the type of people that would be amazed at what this museum has to offer. The genera idea is to help people understand better as to what the Smithsonian is all about, especially since a lot of people do know what it has to offer to them. While millions of people may know what these museums are about, there are still millions of people who simply do not know and it is for that reason that these advertisements are being featured.

Another reason these advertisements are being displayed is because the reputation of the Smithsonian has, for the past few years, been lagging. The museums are looking for a way to attract younger people, along with ethnic minorities because they want them to see what the museums are offering and actually enjoy it instead of feeling as though a visit to the museum is just a boring school trip.