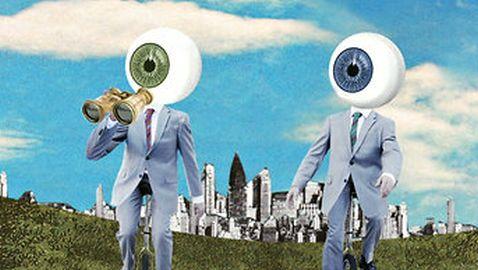 A non-traditional company, the Warby Parker Company, has recently decided to give traditional advertising a try, planning to advertise on the television. The company is known for selling prescription glasses over the Internet at lower than usual price on their website, which can be visited at WarbyParker.com. The company used to market its $95 eyewear online and through a series of different promotions, which would include pop ups and different kiosks. This form of advertising seemed to work fairly well for the company. However, on Thursday, the company decided to give television advertising a try. Television advertising is usually something that only the larger companies will even bother to dabble in and at this point, the budget for Warby Parker is still considerably low. The budget for the company is set to $250,000 and the advertisements will only be displayed for a short period of time, a total of four weeks.

The company is looking to be as thrifty as possible and for that reason; the company will be running advertisements on both Dish and Direct TV using a form of technology that will address the specific targeted audience. The targeted audience for this company is typically women and men who are between the ages of 18 and 34 who are in need of stylish eyewear that is also affordable and will not cost them a fortune at all. The commercials can also be displayed specifically base on certain household as well. This effort is a way for the company to figure out whether or not they should be advertising on television and whether it will be worth the money they put out. These kinds of tests are quite common amongst a number of marketers, both small and larger.

The co-chief executive for the company, Neil Blumenthal, has said, “Our growth strategy is, how do we get more people to learn about Warby Parker, because once they learn they’re interested in the value proposition.” He also said, “Our assumption is that TV has the biggest megaphone,” Mr. Blumenthal said, “especially for an unknown brand.” Blumenthal said that if the test actually ends up being successful, the company would choose to buy more advertisement for the following year of 2013. The commercial for the company is all about addressing the issue at hands, offering people a way to find the affordable yet stylish glasses they want and need from the convenience of their own home by simply browsing the Internet. The commercial meshes well with the brand image and could possibly be a huge success for the small company.