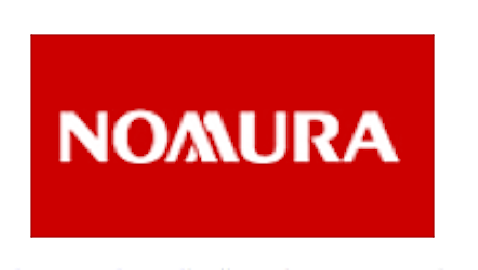 Nomura is a name that you are most likely not too familiar with, unless you have a serious interest in technology companies in Asia. For those of you who are not familiar with the company here is a look at how they have chosen to describe themselves, “Nomura’s corporate citizenship goal is “For Future Generations,” which represents a value shared across the entire group to implement our corporate social responsibility program. We believe that as a global financial institution we must contribute to the real economy through our core business. We do this by facilitating efficient fund flow in the financial and capital markets, while generating long-term value for a diverse range of stakeholders. We are striving to achieve our goal of enhancing social sustainability for future generations.”

The company is getting ready to, according to rumors, cut back on about one third of its jobs in its  European investment banking division. For now since the layoffs have not been confirmed or denied by the company there is no word about which units specifically can expect to see the job cuts. There is also no word about when the layoffs are expected to go into effect and what kind of severance, if any, the company is going to give to the soon to be displaced workers.

This is not the first time that we have talked about job cuts coming to the company this year. For those of you who missed out on our earlier coverage of the workers in August of this year here is an excerpt that will get you up to speed in no time at all, “The company is, according to information first published by Reuters, getting ready to cut back on hundreds of jobs. As the announcement is not at this time official there are no hard numbers, but it looks like the company is getting ready to cut back on hundreds of jobs in order to make things work. For now there is no solid information about what kind of jobs are being considered for cutting or when the workers who are being impacted will be notified about the mass layoff action.”

Interestingly enough the company’s most recent release was not about the job cuts, but instead was about the companies latest accolade, “Nomura, Asia’s global investment bank, has re-confirmed its dominant position in FX research following the announcement of its #1 ranking for Foreign Exchange / Currency research in Institutional Investor’s All-America Fixed Income Research survey for 2012.  Jens Nordvig, Head of Fixed Income Research for the Americas and Global Head of Foreign Exchange Strategy, said: “We have continued to focus on thematic and forward looking FX research, and we are very happy that our clients are recognizing our ability to provide unique insights into global FX dynamics.”  Institutional Investor’s ranking strengthens Nomura’s position as an established market maker in global FX markets. In addition to Institutional Investor’s survey results, the firm ranked #14 overall in Euromoney’s Global FX Survey in 2011 and 2012 – rising up the rankings from #57 in 2009 and #18 in 2010.”