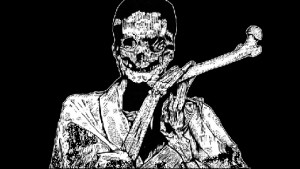 Being a rebel is hard work. You try to be Goth, and then children’s movies like the Nightmare Before Christmas and children’s toys like Monster High dolls make it cool to be Goth, just as kids in the 1990s distinguished their taste in music as “Alternative” only for the major radio stations to start playing alternative exclusively. This is why it seems quixotic that Jeri Yoshizu, Scion’s manger of sales promotions, has aimed to sell their cars to the head banging metalheads who listen to grindcore.

Yet when she began her campaign in 2003, acting like a record company for a music genre while subtly implanting their car’s image along with it, they tried for hip hop, only for their sponsored artists to go with other companies willing to pay me.

Choosing a genre specifically because nobody else would touch it is peculiar enough logic for a car company, but then again, so is acting like a record label, arranging free shows such as the Roxy, and only subtly incorporating Scion with the other merchandise.

British artist French is working with Scion and agency Bon U.S.A. to create the troubled art characteristic of the genre. French’s creations will be sold through Scion’s gallery, which opens on Sept. 29 in Los Angeles. “It’s a retail space, there’s art, and you know what, if you want you have a chance to test-drive a car,” said Yoshizu. “Scion’s been doing things in the community for years” – more than 1,700 artists have participated in this “and guess what: we sell cars.”

She refers to their peak sales of 173,000 in 2006, which was down to 46,000 last year, according to Ward’s Automotive. How much of this relates to the languishing economy is uncertain. The music attracts young adults between 18 to 24 years old whereas most of their buyers are in their mid 30s, so not even Scion is certain how effective this campaign is.