Home  » Accountant Brings Various Claims Against the Company that Fired Her 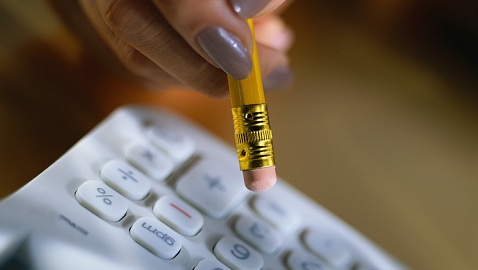 A certified public accountant was fired after nine years of employment. The company cited job performance and issues of morale, but the woman claimed it was her discovery of accounting irregularities. She filed a lawsuit with numerous allegations.

The woman worked as the business manager for Peak Wellness Center in Wyoming. Her responsibilities included ensuring that grant money was being used in line with certain accounting principles and coordinating audits from private entities. She claimed that she found “possible improprieties,” but Peak neglected to recognize her concerns. For several years, the accountant received negative performance reviews, and her effect on employee morale was in question, as she did not get along with co-workers. Seeing no improvements based on negative reviews, Peak fired her.

Her resultant lawsuit included the following counts: a violation of the FCA (False Claims Act) by way of whistleblower retaliation; violating the federal Fair Labor Standards Act (FLSA); breach of contract; breach of implied covenant of good faith and fair dealing; defamation; and a violation of the Civil Rights Act with a federal claim of sex discrimination. The district court reviewed each charge on an individual basis.

The woman claimed that Peak was aware of her intent to bring an FCA action against Peak for reputed fraud. But the only evidence to support the claim was an email from the information technology director to Peak’s executive director (and the woman’s supervisor). The email was too general and did not indicate that anyone was aware of the woman’s intention – referencing a meeting with an auditor, not a government entity.

The FSLA claim was based on the woman having time deducted from accrued leave on days when she did not work a full eight hours. But FSLA regulations state that employees cannot have pay deducted, not vacation time or sick days.

As to the breach of contract, the claim was barred as the woman didn’t follow procedures specified in the employment contract. She had seven days to request a review of her termination, but she didn’t make the request until two months after she was fired. The other breach, one of implied covenant of good faith and fair dealing, is intended for employers and employees with “special relationships.” This does not include relationships based on fiduciary duty, as the woman claimed. She noted her nine years of service, but longevity isn’t sufficient on its own unless she was deprived of a benefit such as retirement income.

The defamation claim was based on emails “behind [the woman’s] back.” Some were past the one-year statute of limitations, but the rest were “abusive epithets” – like “Madusa” – which aren’t actionable. One email complaining of the woman arriving late or leaving early could be argued, but the woman couldn’t show any proof of injury.

The claim of sex discrimination asserted a “nonconformance” with female stereotypes and a hostile work environment. But the woman alleged that her supervisor tolerated financial indiscretions, which isn’t based on gender or a stereotype. The only specific harassment cited to support the hostile work environment was the emails – but the woman only learned of those during discovery, well after she was terminated. A request for expanded discovery was denied, and the district court dismissed all of her claims, a decision which was upheld by an appeals court.

What Kind of Manager Are You?
Let’s Get Social
Feel like getting in touch or staying up to date with our latest news and updates?
Related Posts
Latest In Work Relationships