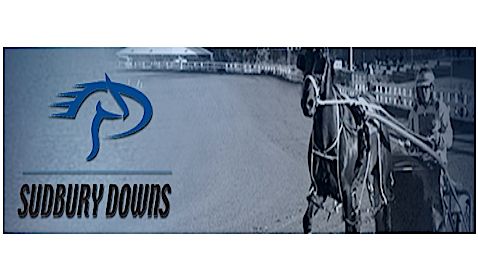 Sudbury Downs is getting ready to cut back on 38 workers. The facility, which employs a little more than 100 people is taking a fairly large loss of jobs before the season ends in November and the track is shut down for the season.

Interestingly enough the company has not put up any word about the job cuts. The news site for the company instead featured a response to an editorial that blamed the company for job growth. The letter was titled ‘Re: Response to Article Titled “The Big Gamble” and it said the following, “Any revitalization of Thunder Bay’s downtown north core that has occurred cannot be directly attributed to the opening of the casino in that general area in 2000. To indicate in the article that this development “… all started with a casino” creates the impression that a casino in downtown Sudbury would similarly lead to major revitalization in our downtown. This is simply an erroneous conclusion that is not supported by the facts. An examination of the impact of new downtown casinos on the communities of Sault Ste. Marie, Brantford and, indeed, Thunder Bay, will demonstrate that minimal, if any, redevelopment can be linked to the construction and opening of the casino… Discussion with and feedback from current and former residents of Thunder Bay attest to the fact that the area around the casino continues to be depressed, with little revitalization created by the operation of the casino. Anyone who has visited Sault Ste. Marie recently will note the absence of any ancillary development in the area around the casino. Similarly, a visual inspection of the area around the Brantford casino reveals the presence of derelict, old buildings that continue to blight the area. “

As you can imagine these are not the only gambling related job cuts, though some of them are coming in unique ways. For those of you who missed out on our earlier coverage here is an excerpt that will get you up to speed in no time at all, “Well, you would if you were someone like Joe Rossi, the head of 7-Eleven Franchise Owners Association of Chicagoland, who in an article for cspnet estimated that about 30 percent of his profits are coming from lottery ticket sales. Those people who make a profit from the lottery sales probably draw a very direct connection between those two things. In a statement made by the collective owners of 7-Eleven stores in the state of Illinois the idea of online lottery sales in that state would lead to some pretty massive layoffs. How massive? Well, if you believe that numbers that they are releasing if the lottery sales go online then they are expecting to let go of about 7,000 workers in order to make up the losses to their stores.”

Even other racetracks have cut back on workers in order to make things happen with the budget, “The New York Racing Association told 1,400 employees on Thursday that they could be out of a job come summer. The New York non-profit, one of horse racing’s flagship organizations, has been hard hit by the recession and by multiple delays in installing video lottery machines at the Aqueduct Racetrack, which it manages. The NYRA manages the largest racetracks in New York State including Belmont Park, site of the annual Belmont Stakes. The NYRA has asked the state of New York for a $25 million bridge loan to allow it to operate through the summer racing season. The state legislature is expected to approve the loan.”