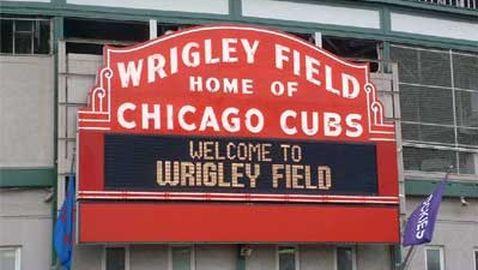 The Alderman, Tom Tunney, recently made an announcement about wanting to work on a deal that would help to create advertisement signs and have them placed on the rooftop clubs that currently surround Wrigley Field. This would be a better alternative to having signs place inside of the stadium, as having the signs placed on the inside would actually block off the bird’s eye view from the rooftop. Tunney recently said, “If there is a good relationship between the rooftops and Wrigley, it’s good for the community.

My job is to try to forge a solid relationship with the businesses that need Wrigley and Wrigley needs the businesses. It’s a symbiotic relationship. I’m trying to navigate that.” He also said, “Obviously, the Cubs want unlimited advertising opportunities inside the park. I’m trying to work out a deal where, maybe some of the advertising goes on the buildings, instead of blocking the views. But, it’s really part of a bigger package.”

While Tunney was making the announcement, someone asked whether or not the rooftop clubs that are currently sharing a percentage of revenue with the Cubs would end up getting a share of these revenues that are coming from the signs places on top of these buildings. After being asked this question, Tunney said, “That’s all to be determined… There’s a lot of creative ideas going around. We’re in the process of exploring all different options. No decision has been made.” He also said, “First of all, the idea is breaking [new] ground. The rooftop ordinance doesn’t allow for advertising on rooftops. You’d have to change the ordinance.”

When contacted for comment about the current negotiations, the owner of Murphy’s Bleachers, Beth Murphy, were not available to provide commentary. The spokesperson for the Cubs, Julian Green, did not go into depth but did say that the Cubs team is currently working alongside of Tunney to figure out a solution that would help to improve Wrigley Field while also helping the neighborhood at the same time.

According to Green, there are certain issues that need to be worked on and discussions are taking place. The Cubs have been looking for different ways to earn enough revenue to help renovate the Wrigley Field and they feels as though if the signs are moved to help keep the rooftop views nice and clear, the team should have the opportunity to keep all of the revenue earned. A number of sources claim that the Cubs have already been talking to residents of Wrigleyville last week.