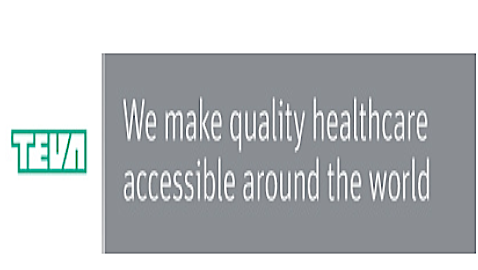 Teva Pharmaceutical Industries is a name that, let’s be completely honest, most of you have never heard in the past. So before we talk about the job cuts that the company is making lets begin by getting up to speed on what exactly the company does. This is how the company has chosen to describe itself, “Teva is a global generic pharmaceuticals leader and one of the top 15 pharmaceutical companies in the world. Headquartered in Israel, Teva operates in 60 countries and has 46,000 employees worldwide.  Established in 1901, Teva takes great pride in its long tradition of leadership and dedication to excellence. Teva specializes in development, production and marketing of a wide range of generic and branded products, as well as active pharmaceutical ingredients (API).  For over a century, Teva has maintained a distinct competitive edge through: – High quality offerings – Focus on customers and patients – Balanced product portfolio (both generic and innovative) – Integration of pharmaceutical and API activities – Combination of global operations with local customer responsiveness – Established international presence through a tailored network of worldwide subsidiaries”

Sadly Teva Pharmaceutical Industries is getting ready to cut back on 65 jobs at its Irvine facility in a mass layoff action that will be cutting workers in the science and inspection positions. The company sent a mass layoff notice about the job cuts to the state.

Interestingly enough their most recent release was not about the job cut that their were making, but instead about a release of the results of one of their products under development, “Teva Pharmaceutical Industries Ltd. (NYSE: TEVA) today announced data from the Phase III Glatiramer Acetate Low-Frequency Administration (GALA) study. The GALA study was designed to evaluate the efficacy, safety and tolerability of an investigational dosing regimen of glatiramer acetate (GA), the therapeutic agent in COPAXONE® (glatiramer acetate injection), which is indicated for the treatment of relapsing-remitting multiple sclerosis (RRMS). Detailed study results will be presented at the 28th Congress of the European Committee for Treatment and Research in Multiple Sclerosis (ECTRIMS) in Lyon, France during the late-breaking news parallel session on October 13, 2012.” While this may be good news for the company on the whole the loss of the jobs will surely be a blow to the workers who must now take on the extra tasks.

The current fiscal information about the company has not been released as of yet, but the company will soon be putting out  information about their third quarter numbers in the very near future, “Teva Pharmaceutical IndustriesLtd. (NYSE: TEVA) announced today that it will release its third quarter 2012 financial results on Thursday, November 1, 2012 at 7:00 a.m. EDT. Teva will host a conference call and live webcast on the same day, at 8:00 a.m. EDT to discuss its third quarter 2012 results and overall business environment. A Question & Answer session will follow this discussion. In order to participate, please dial the following numbers (at least 10 minutes before the scheduled start time): United States and Canada 1-888-771-4371; International 1-847-585-4405; passcode: 33556091.”

Update: After a small business layoff , Teva Pharmaceuticals starts recruitment once again. Interested candidates can visit here to get all information regarding openings.