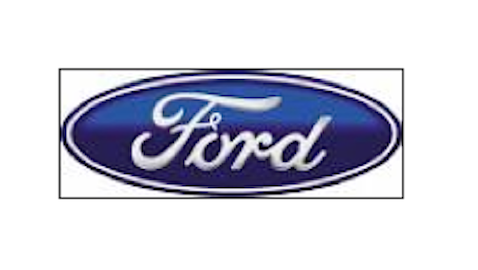 Most of you will know the name Ford. The odds are good that you have seen their cars on the road, their ads on the television or something else that got you in contact with the company’s brand. What you may not know is about the serious amount of fiscal strain the company has been exhibiting in the recent past.

The company has been making cuts left and right, but this week showed the announcement of their biggest cuts to date in Europe as the company gets ready to layoff more than 5,000 workers as they close several facilities.

The company put out a release about the change that they are making in the near future, “Today, Ford is outlining more about its transformation plan, including actions to increase cost efficiencies. This includes the planned closure of three European facilities, relocating production of key products for a more efficient manufacturing footprint, significantly improved plant utilization and work force reductions. The planned actions will reduce installed vehicle assembly capacity, excluding Russia, by 18 percent or 355,000 units. The related gross annual savings total  $450 million to $500 million. The facility actions include the planned closure of two UK facilities next year – Ford’s assembly plant in Southampton, and stamping and tooling operations in Dagenham. Ford also plans to end production at a major assembly plant in Genk, Belgium, by the end of 2014, pending confirmation following completion of a consultation process with employee representatives. These three facilities currently employ approximately 5,700 hourly and salaried employees.”

The company has also made some big cuts earlier this year. For those of you who missed out on our coverage here is an excerpt that will get you up to speed in no time at all, “Ford, one of the first American auto makers is getting ready to get rid of workers. The company is getting ready to layoff about 1,200 workers at its Claycomo plant as the company gets ready to make a new kind of a vehicle. Given that the plant only employs about 3,000 people in total these layoffs are not only a significant number of workers at the plant, but enough to qualify as a mass layoff action.”

Before that in 2011 the company cut jobs in St. Thomas, “Ford St. Thomas is planning to lay of its workers this week. Workers claim that the company is refusing to invest in the city, which has taken care of it for years. The company, on the other hand, claims that its action is due to lower demand on its products worldwide.”

Update: Ford motor company, one of the best multinational automaker of 2014 now looking forward to hire new employees. Click here to get more information on Granted.

YouthConnect to Cut 100+ Jobs
Let’s Get Social
Feel like getting in touch or staying up to date with our latest news and updates?
Related Posts
Latest In Work Relationships
BCG FEATURED JOB