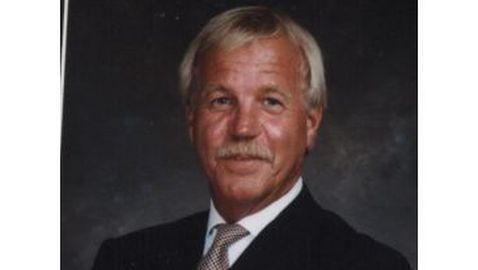 James W. Hall passed away on November 1 after a fight with pancreatic cancer.  The man who co-founded what is currently Vladimir Jones was 70 years old.

Hall was born in November of 1941 in Atlanta.  He traveled to Colorado Springs in 1959 when he was part of a photo brigade at Ent Air Force Base.  There he saw many influential and historical events including the shooting of Lee Harvey Oswald in Texas.  He was a Purple Heart and Air Medal winner for his time served in the Vietnam War.

He went on to leave the area and the Air Force all together.  He decided to teach water skiing at The Broadmoor hotel.  He also instructed skiing at Ski Broadmoor.  Many times Hall played host to after parties that included musicians at his home in Ivywild.  At one of those shindigs, he met his wife-to-be, Nechie.  Nechie was a guest at the hotel that day.

Hall’s next venture was as the director of photography for the Alexander Film Company.  At the time, the company was one of the top TV commercial productions.  He was also part of Wolfe Research at the North American Aerospace Defense command.

After marrying Nechie in 1967, they started the Public Relations and Advertising Company in 1970.  Hall was the president and CEO, running the financial side of things.  Nechie was in charge of recruiting clients.

The company had accrued over $60 million in 2008, when he gave the reins to their daughter, Meredith Vaughhan.  The name of the agency was altered to Vladimir Jones.  Jones was a fabricated character in order to summon the agency’s mix of creativity and business wisdom.  The agency employs 84 people in Colorado Springs and Denver and accumulated $74 million.

One thing that has stuck around from the company’s inception are the $100 gift certificates handed out to staff members who go above and beyond the description in their job responsibilities.

The company has continued to take in several families every year during the holidays to give them gifts for each family member as well as giving those basic necessities.  Vladimir Jones is still considered one of the biggest advertising and marketing agencies in the Centennial State.

Hall was a part of many councils and assemblies.  Those groups included the Bank Marketing Association, the Sales and Marketing Executives International, Pikes Peak Advertising Federation, Junior Achievement, as well as the Citizens Committee for the Convention Center.

Hall is survived by his wife Nechie, his daughter Vaughan, as well as his sister Maudine Beck and two grandchildren.