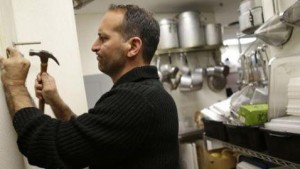 Services companies operating in the United States grew at a weaker pace in the month of October than they did in the month of September, according to the Washington Post. The reasons behind the slower growth were the slowing of new orders and a slowdown in sales. Services firms did hire more people based on a measure of employment rising.

On Monday, the Institute for Supply Management announced that its index for non-manufacturing activity dropped to 54.2. That drop comes after a six-month high of 55.1 in the month of September. The institute said that a reading that comes in over 50 shows expansion. The report measures growth in construction companies to retail to financial services to health care firms. Close to 90 percent of the work force is covered in the industries measured.

A seven-month high of 54.9 was hit when hiring was measured. In October there were 163,000 net jobs added by services firms, according to the government. The amount of net jobs gained was the best since February and accounted for 95 percent of the jobs created in October.

According to the report, 13 industries showed growth while five decreased. The fastest growth occurred in the industries of management of companies, agriculture, and finance and insurance. The industries that experienced the most contraction were arts and entertainment and mining. In the month of September, sales hit 59.9 and in October, sales dropped to 55.4.

“The tentative indication … is that growth may well be improving,” Joshua Shapiro, chief economist at MFR Inc., said.

Economists have noted that the effects of Hurricane Sandy could cause a lag on growth over the final three months of 2012. Many economists believe that the impact on growth will be temporary. They said that growth and hiring should increase early in 2013 as businesses and homes that were damaged by Sandy are repaired or rebuilt. The survey was not impacted by the storm because it was completed prior to Sandy hitting land.

Since January, services companies have been responsible for 90 percent of the net jobs added in the country. The majority of those new services jobs have come in low-paying restaurant and retail positions. The jobs report released last Friday was the final one prior to the election on Tuesday. For the first time since Franklin Roosevelt, President Barack Obama will face voters with the highest unemployment rate of any incumbent president. In his efforts to defeat Obama in the race for the White House, Mitt Romney has discussed high unemployment and a weak economy as his major points.

Costco, Unlike Wal-Mart, Respects The Holidays
Let’s Get Social
Feel like getting in touch or staying up to date with our latest news and updates?
Related Posts
Latest In Work Relationships