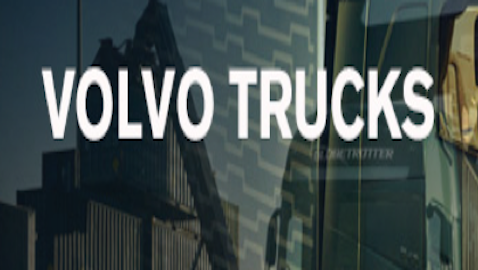 Workers at one of Dublin’s facilities have been given their layoff notifications. The company, which is getting ready to cut back on about 300 workers in the month of January, seems to be taking a strong stance to its decreased sales in the European markets.

The company recently put out some numbers about the number of units sold and shipped on the continent that explains the need for such drastic job cuts, “In September, deliveries in Europe totalled 3,716 trucks, down 9% compared with the same month in 2011. September deliveries in Western Europe were down by 16%, mainly because many customers are hesitating to make purchasing decisions in the present macroeconomic environment. However, in Eastern Europe truck deliveries increased by 7% to 1,365 trucks in September 2012. Volvo Trucks’ strong position, especially on the Russian market, contributed to this upswing. September deliveries in Latin America decreased by 13% to 1,746 vehicles in comparison with September 2011. The reduction is mainly explained by very high deliveries in 2011 before the new Euro 5 emission standards were implemented in 2012.”

This is, as you can imagine, not the first time that the company has resorted to job cuts in order to make things work with the numbers. For those of you who missed out on our earlier coverage here is an excerpt that will get you up to speed in no time at all, “It looks like more bad news is coming to the auto industry in general and to the workers of Volvo specifically. The company is getting ready to make some fairly pronounced layoffs to its workers in order to deal with a decrease in demand as the current long term economic slump continues and the need for production has decreased dramatically. The company is looking to cut back on about 280 members of their current workforce. That is more than enough to qualify as a mass layoff action under the current federal guidelines.”

Other place in Europe the job cut have been even bigger, some of you may recall our recent coverage of much larger scale job cuts in the industry in France, “The French automaker Peugeot has come to a rather startling decision, according to representatives of the union for the worker at the company is getting ready to trim back on a serious amount of its staff. How many people are going to be put out of a job? Well according to the current reports the company is looking to cut back on about ten percent of its workforce. In real terms this is about 10,000 workers whose jobs are on the line right now.  Those of you who pay attention to the job cuts may notice that this is a marked increase from the company’s former estimates. The company had previously thought that it was going to have to get rid of only about 6,000 workers. This increase of 4,000 more jobs is a serious hit to the workers of the company.”

The company’s most recent release was about female truckers, “The transport industry is still a male-dominated sector, despite of the shortage of drivers and calls for increased equality. However, in different parts of the world, there are crusaders who are working to bring about change and Ellen Voie is one of them. Her organization, Women in Trucking, with the support of Volvo Trucks, has helped to ensure that there are more female truck drivers in the United States than in many other countries. About one per cent of truck drivers in Europe are women. This is a very small number but no fewer than in many other parts of the world. At the same time, the transport industry is crying out for more drivers. In the U.S., the situation is somewhat better, as women account for more than five per cent of the country’s 3.2 million truck drivers. In the U.S., the organization, Women in Trucking, has been working for a number of years to change attitudes and norms in the industry.”

Update:  Today both men as well as women are eligible for applying in the transport industry, browse Granted.com for latest opportunities.