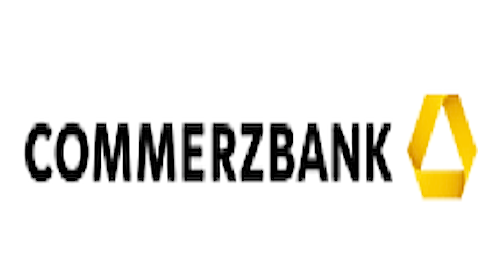 When some of you saw the name Commerzbank in this title no doubt you though that it was an incorrect spelling of the name of the US bank Commerce Bank, but it was not. For those of you who are not that familiar with Commerzbank, or who do not track the world of international finance, lets begin by taking a look at how the company chooses to describe itself before we talk about the job cuts that they are making, “The satisfaction of our customers is at the heart of all our activities. Commerzbank is unreservedly committed to customer satisfaction, and it is by this criterion that our success is measured.  Since the merging of Dresdner Bank, Commerzbank is a leading bank in Germany and Poland. It is a strong universal bank with many years of comprehensive experience built up by two long-established institutions. In Germany, our customers benefit from a comprehensive network of branches with personalised advisory and other services. Commerzbank has a direct global presence in the key business and financial centres. In addition we co-operate with several thousand correspondence banks all over the world.”

The company put out a release about some of the changes it is making in order to make the company less expensive to run and a more profitable vessel , “In the coming years, Commerzbank will adapt its business model to the new framework conditions in the financial sector and will concentrate on focused growth. In the framework of its strategic agenda until 2016, the Bank is investing more than EUR 2.0 billion in the revenues power of its core business. At the same time and due to additional efficiency measures, it is maintaining its costs at a constant level and is further optimising its capital base. In 2016, the Bank intends to achieve a return on equity after taxes (RoE) of more than 10% in its core business. The cost-income ratio (CIR) of the Core Bank with the operating segments Private Customers, Mittelstandsbank, Corporates & Markets, and Central & Eastern Europe is to be lowered to around 60%. Taking into consideration the phase-in of Basel 3, the Core Tier 1 ratio of the Group shall always be comfortably above 9% until the end of 2016. In addition, it is planned to reduce the portfolios in the Non-Core Assets (NCA) segment by more than 40% until 2016 (as of the end of September 2012: EUR 160 billion Exposure at default, EaD).”

Of course it is not just one bank that is making job cuts. For those of you who missed out on our earlier coverage of cuts to ING here is an excerpt that will get you up to speed in no time at all, “This week the company announced that they are going to be cutting back on a sizable chunk of its staff, with a loss of 2,350 workers to come in the near future. The company is doing this to shore up its fiscal situation after a report showed a more than 60 percent decline in the profits made by the company in the most recent quarter.”