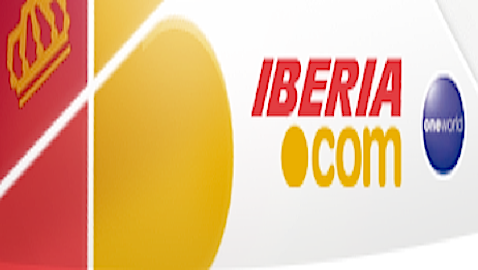 Iberia is a name that most of you are not that familiar with. Some of you may think it is a type of a bird, or that it is a location. That is why before we talk about the job cuts that the company is making we are going to take a look at how the company has chosen to describe itself, “Iberia is the largest air transport group in Spain and fourth in Europe, as well as a member of the OneWorld Alliance which, as a private company, is listed on the Ibex 35 Spanish Stock Exchange. Iberia is also a leader in the Europe-Latin America market, with an outstanding offer of destinations and frequencies.”

This is not the first time that the company has had some serious job issues, though last time it was labor and not management that had the gripes. In a release the company talked about a strike that negatively impacted company operations and caused the cancellation of flights, “The list of Iberia flights cancelled on November 14 due to the general strike in Spain is now available (see list attached). The list of the cancelled flights operated by the other airlines of the Iberia Group (such as Iberia Express and Iberia Regional Air Nostrum) will be added later. Iberia will facilitate changes in tickets and refunds to affected customers. Customers who bought their tickets on www.iberia.com will receive messages if their flights are cancelled, including proposed trip alternatives when available. Customers can ring Iberia’s Call Center in Spain (902 400 500) or 902 100 480 , the special telephone number established by the company to deal with strike-related queries and procedures when calling from Spain. For calls from other countries, click here. Refunds can also be requested at www.iberia.com. Customers who bought tickets at travel agents should contact them to arrange changes or refunds, so to speedy these procedures.”

This is not the only airline to layoff recently. For those of you who missed out on our coverage of  job cuts at Qantas  here is an excerpt that will get you up to speed in no time at all, “Take for example the case of Qantas, whose first round of major layoffs in the bad economy led to a serious amount of public rancor, after the executives compensation packages for the same period was made public. Sadly, the airline did not stop the layoffs there, and they are getting ready to do it all again. The company is, in a bid to reduce costs, making a deal with a major global airline. This deal, which is set to help reduce the operating expenses by several hundred million dollars a year, will also result in a cut of a significant number of jobs. In a move that is sure to be unpopular with the people the company is getting ready to drop 2,800 full time workers from its payrolls. This cut is much larger than any of previous layoff actions that the company has taken in the last couple of years. As you may recall, if you are a regular reader of our site, tat Quantas just laid off 500 workers back in May of this year.”

Update: Jobs in the airline industry are available across the USA, browse and apply as per your requirement.