Home  » Risque Condom Ad Mocks Romney: You Lost Because His Is Bigger Than Yours 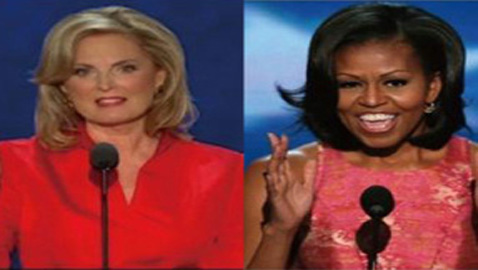 As if losing the elections was not enough embarrassment, people who have been at the receiving end of Romney’s campaign are now rubbing it in, adding insult to injury.

In interview after interview and in all three of the Presidential debates he accused China of stealing American jobs and called them currency manipulators and said that he would adopt an aggressive posture against them once he was elected.

Well they are now having the last laugh, with condom brand Durex posted a rather naughty bit of post-election analysis telling where he was deficient compared to Obama that resulted in his defeat. The post appears on the Durex account on Sina Weibo, a Chinese microblog.

It features two pictures, one of a beaming Michelle Obama, covered in an ear-to-ear smile, holding her hands wide, around 9 or more inches apart, as if she is showing the size of something. In the next photograph we have a rather sad, shell-shocked Ann Romney holds her fingertips mere millimeters from one another. The caption in Chinese, translated in English reads, “The difference between Obama and Romney is…” concluding by saying, that you make your own assumptions, who has got a bigger what, “Don’t expect us to finish that for you.”

The ad says that when it comes to size, Obama is better endowed than Romney and we are not talking about electoral votes.

The condom as is not the only one that is causing mortification the losing candidate. Roku, a video streaming site, mocked him saying, don’t feel upset, now you’ll have more time to watch television.

Spirit Airlines sent out a mail that was really hurting and bordered on the offensive. The mail’s subject line was “Romney wins.” When the recipient opened it, the email in his totality read, “Romney Wins! And so do Obama and you with these incredibly low fares!”

Has the condom ad gone too far? Given that it has gone viral and tens of thousands have viewed it so far, its popularity cannot be denied. The microblog says that it was not for viewership outside China, but who can arrest technology, plus add a few well placed leaks and you have both an excuse and unlimited viewership.

However, people says there should be grace in victory and these ads lack in morality and refinement.

Risque Condom Ad Mocks Romney: You Lost Because His Is Bigger Than Yours by Harrison Barnes
Tags: obama ads, romney, Shocking Ads
Tweet Like Plus Pin It Share