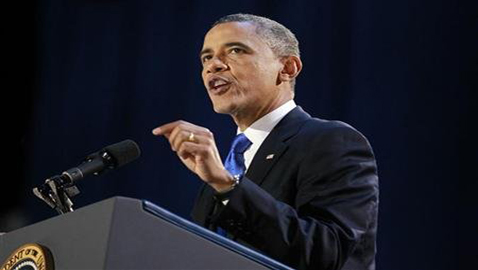 Small business owners had been dithering over which man to choose for President. They felt that giving their vote to Romney, would be putting a man who knows business at the helm of a country, whose prime problem is its weakened economy. Others felt that Obama would be a better option, given that he was lax on his tax policies, which could be an indirect boost for the businesses.

Well, with one uncertainty removed, with Obama back where he was, small businesses know where they stand and what to expect over the next four years at least – beyond that is too far away for them to contemplate. But business know that even though the uncertainty of the fiscal cliff looms, what they are sure about is that the Affordable Care Act is not going anywhere and that those making more than $250,000 per year will have to pay more in taxes.

John Arensmeyer, president of the Small Business Majority, said he was optimistic that Obama would forge an impartial and objective approach to reduce the deficit and promote economic growth. He said that most business owners, want the president to have reducing the deficit and creating jobs as his top priority.

Several said that however important the two issues were, the presidential elections prevented the fiscal cliff problem from being addressed and that its repercussions were too severe for both the Republicans and Democrats not to find a solution to it. What the President should do is making getting loans for small business easier. 90 percent of businesses say that it is very difficult to get a business loan.

Other small business owners said that they will have to ensure that their workers don’t fall sick.  The health-care reforms have made lives for the employers a little more hard. They said they will monitor what their workers eat and that they follow an exercise regimen that keeps them fit and healthy. It will be cheaper to keep them healthy then to pay for their health-care they opine.

Ray Keating, chief economist for the Small Business & Entrepreneurship Council, opined that the second time round will also see much of the same policies that governed small business as last time. There will not be any impactful changes, he said. Moreover, the President means what he says and he will not be open to negotiations about the commitments he made during his election campaign. He certainly will not backtrack. Investors and entrepreneurs, who make money beyond a certain amount, can accept to be taxed heavily.

Mike Brey, 50, owner of Hobby Works in Maryland and Virginia said that even though the last four years had taken some sheen off Obama, the results show that he still merited enough respect and belief to be given  a second term. Brey said that he will surely find a way out of the fiscal cliff and stall it. He said that his endorsement of Obama did not mean that Romney would not have been able to do all these things, but the dice fell Obama’s way.

However, one thing all were agreed upon was that, following the end of one of the bitterest campaigns in the country’s history the country has a new group of lawmakers. It is in the interests of all, Obama lovers and those who don’t like him to ensure that the next four years are four years of cooperation, teamwork and support.

Overwhelmed at Work? 7 Simple Strategies to Make Things Better
Let’s Get Social
Feel like getting in touch or staying up to date with our latest news and updates?
Related Posts
Latest In Work Relationships