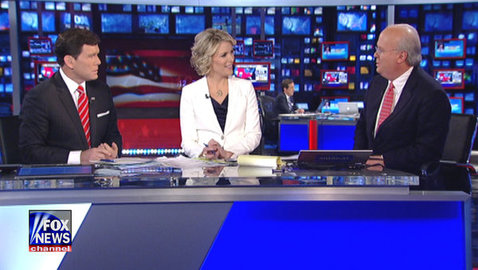 During the presidential campaign if there was anything that Fox News could not be charged with, it was hypocrisy. It explicitly and blatantly became an extension of the Republican propaganda machine and relentlessly advocated for Mitt Romney, making no bones about where their affiliations lay.

The network was regularly accused of manipulating the truth and fact-seekers found fault with many of its specifics but the network pushed on regardless, confident in its belief that that they could sway the American people into voting for Romney.

Fox kept on saying that it was obvious that Obama was a failure and that he could not be trusted with another four years at the helm and that Romney was a much safer better bet. It even went on to claim that surveys that showed Obama had the edge lacked credibility and should be taken with a pinch of salt.

Following the debacle and realizing that things did not go the way they had predicted and wanted the network realized that it was time they did some soul-searching and asked themselves the question, were they there for promotion and backing of an individual or was it a place for news.

And this time, probably because they had little choice and having learnt the hard ways, humbled and chastened Fox opted for news.

On election night, with the news that President Obama had won Ohio, it was all but over and everyone knew that the rest was a formality. Even though Fox’s decision desk predicted that Romney had failed to clear the Ohio hurdle, Karl Rove the anchor at Fox, said the call was premature and that the decision desk was disregarding vital information.

Rove, reputed to have assisted in financing over $3000 million in attack ads against Obama, based his Ohio denial on reports he was receiving from Romney’s officials who were protesting the forecast.

Morgan Kelly, the co-anchor knew she was in an awkward situation, but she did not buckle but confronted the decision desk and asked them if they were still saying that Ohio had gone to Obama, even though Rove was raising objections.

Journalistic instincts told the Fox’s news people that they had backed the wrong horse and allowed themselves to be marginalized and that they would have to show the white flag and end their war on the President – it was question of continued existence.

The decision desk said that they were quite comfortable with their call. The network announced accordingly and did not fall for Rove’s tirade – journalistic ethics and values had at last taken precedence over partisan pretentiousness.

What was worse was that the channel had wagered everything it had on a Romney victory and even showed its hand, turning the channel into a highly prejudiced and bias bent in favor of Romney, without any scruples or sense of right and wrong.

So much so, that in the final days of the campaign, it carried Romney’s speeches for 150 minutes whilst allotting President Obama a mere 27 minutes.

Campaigns are biased in favor of one individual or the other but election results have a finality about them that says whatever efforts you have put in and whatever your preference, it cannot be changed.

Fox has been caught out and it has ended up looking rather dumb. Chastised and castigated, it has now been forced to tell the news as it is, not what they think it is.