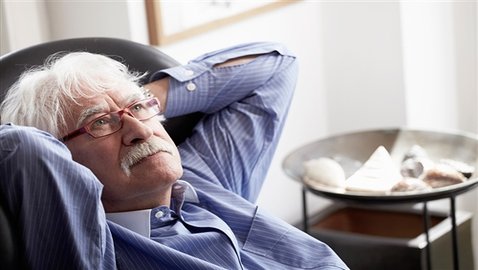 According to a report around 7 million Americans will reach the age of 65 by January of the New Year and will undoubtedly be nursing thoughts of retirement. However, analysts are strongly advocating would be retirees, from taking this step and are saying that it is the most inopportune time to barter their paycheck for a retirement fund in 2013.

There are a lot of unresolved issues that will be sorted out in the coming year and which way they go will be worth watching before one takes the plunge. What retirees should be asking and seeking answers to are questions about taxes, spending cuts, the volatile markets and healthcare.

Jason Wheeler, CEO of Pathfinder Wealth Consulting said that this year portends to be a rough one for the retirees with the biggest worry being that the taxes could eat heavily into their retirement funds. At the moment, with the fiscal cliff, almost certainly going to ensure that taxes are increased all around, no one really knows what tax liabilities the retiring generation will have to face. Wheeler said that what the retiree may have to pay could really hurt their finances badly.

What is frightening to even contemplate is that if there is no solution to the fiscal cliff impasse by the year-end, top tax rates on capital gains will escalate to 23.8 percent from the current 15 percent and the top tax rate on dividends could increase threefold from 15 to almost 44 percent.

On the other hand if the fiscal deal comes through seniors will also have to pay a higher tax rate. There’s a lot of uncertainty, and retirees would be better served if they postpone their retirement.

According to the National Institute on Retirement Security most seniors put their money and trust in defined contribution plans as long-established pension programs were losing their popularity. 80 percent of the people in the private sector did not have a pension plan in place.

Financial planner Bill Losey, president of Bill Losey Retirement Solutions said that a majority of the people cannot retire because they just don’t have the money to do so.

Apart from taxes another issue that retirees should be concerned about is Social Security. Even though the retirees will see an increase in their payments, it will be insufficient to keep up with the inflation. He said that price of every commodity has gone up and is continually rising, be it food, clothing, gas and the earnings have not kept pace with this growth. “Seniors will feel the pinch if they retire next year,” he said.

Inflation will impact those seniors who invested in fixed income investment bonds the most, for while the investment was safe the returns were very slight. Chances of interest rates going up are exceedingly poor and the elders will be hard pressed to locate other types of guaranteed income streams.

With incomes on the decline and health care costs on the rise, the retirees will be dealt a double blow. Fidelity Investments has reported that a 65 year old couple would require around $240,000 for their medical requirement in their retirement period. The cost has almost doubled since 2002 and is likely to increase by an additional $20,000 next year.

Medicare premiums will go up $16 in 2013, from their current $104.20 to $120. It would be foolhardy for retirees to opt for retirement and release their employers from being responsible for their health-care costs.

It’s not that 2014 will be a better year to retire than 2013, but there are a lot of unresolved issues and retiring in 2013 will be like stepping into unknown territory. Moreover, once you retire and then realization dawn that you blundered, it will be practically impossible to get back in. Jobs are at a premium especially for the elderly.

The 6 Top Benefits Millennials Are Asking For

What Motivates Each Generation at Work?
Let’s Get Social
Feel like getting in touch or staying up to date with our latest news and updates?
Related Posts
Latest In Work Relationships