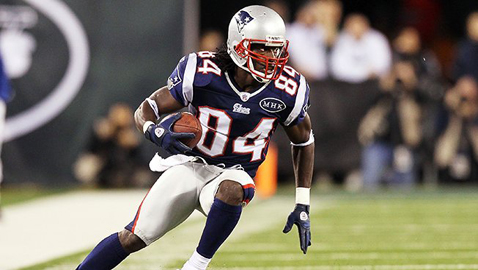 On Thanksgiving Day millions of Americans will follow time honored convention and stuff themselves with turkey delicacies, cranberry sauce and a drink to wash down the food. This Thanksgiving will also mark the beginning of a new tradition, with the NBC presenting the first NFL game to be broadcast in prime time on Thanksgiving.

There is little doubt the tens of millions who will be feeling a little sluggish and lightheaded after the festive repasts will settle down on their couches to watch the pioneering encounter between New England Patriots and New York Jets as they kick off at around 8:20 p.m. that night. Everything combined it promises to be a spectacular night with viewership of the game threatening to break all past records.

Seth Winter, evp, sales and sales marketing, NBC Sports Group, gung-ho and geared up for the event, was ecstatic in his excited acclamations that the network, aware of the enormity of the occasion and its widespread reach had priced its commercial inventory accordingly. He said that every single ad spot was sold for a staggering $975,000. He confirmed that every single spot would cost the same amount and that “there’s nothing that will air that will cost a dollar more or a dollar less.”

According to SQAD NetCosts, one 30 seconds spot in NBC’s flagship program ‘Sunday Night Football’ gets the network around $500,000; while there have been reports of media-buyers paying as much as $535,000. However, marketers desirous of doing business with NBC on Thanksgiving Day will have to open their purses twice as larger and pay double what they would if they bought ad-space on TV’s number one rated program,  ‘Sunday Night Football.’

The match is certain to reach multitudes of captivated viewers who will be latching to every second of the action; it’s hard to decide whether this year’s Thanksgiving Day game will surpass last year’s late afternoon Thanksgiving Day encounter on CBS. That match attracted 30.9 million viewers and 14.3 household rating.

Most viewers will also be geared to spend lots of money on the morrow, it being Black Friday. According to the National Retail Federation, the average American shopper spent $704.17 on holiday purchases last year.

Seth Winter said that the match provided a great opportunity for retailers to reach out to potential buyers as they’d be all primed for loosening their purses on Black Friday. He confirmed that this year the interest shown by the retailers was more than earlier times. However, he said, that the retailers were not the only ones who had shown interest but financial services, tech and auto have also their share of representation.

He agreed that for the match and the biggest shopping day in the country coming so close together had helped pump up the price even further.

One buyer said that for NBC things just fell into their lap. By the time they had renewed their contract with NFL; other networks had already finalized their budgets. Moreover he said, the guaranteed highly engrossed viewership, the unique adjacency of the encounter with Black Friday and Cyber Monday, the time-honored commencement of the online Christmas shopping season when customers return to work and start ordering online, was a combination of too many good things for marketers to reject the astronomical price.

What could be a dampener is that most forecasts are predicting an easy win for the New England Patriots. They say that it will physical and fun, but not very close. However Winter had the last word when he said, “We think it’s going to do a postseason-like rating. Even if it’s one-sided, there’s really no competition that night.”