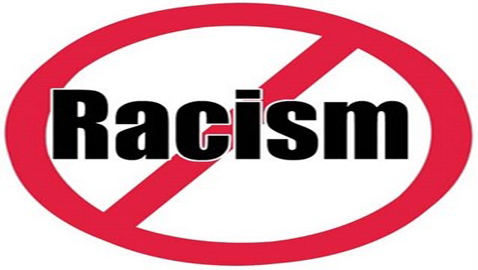 An Asian student had found a piece of paper with the words “Asian women R Honkie white-boy worshipping Whores” taped to a Vietnamese Student Union Sign on Tuesday. The next day, another phrase, with similar meaning but slightly differing wording was found handwritten on the door of a bathroom in Powell Library – it read “Asian Women are White-Boy Worshipping Sluts.”

The first sign was first seen by Anees Hasnain whilst a second-year psychobiology student Antonette Sadile spotted the other and drew the notice of UCPD an hour after having seen it. He said that the Tuesday act of vandalism was more personal in nature but another one following so closely is causing greater concern. It’s frightening, he said, adding that he was feeling unsafe.

Anees Hasnain, the student who had brought the first sign to the notice of the authorities had not got over the trauma. She said she felt alienated and how could she call this place home, if she and her peers felt insecure. Speaking during a rally held to protests against such vandalism and racists attacks, she told the crowd that it was up to the people at the university; including the students to help them from being discriminated against.

UCPD Captain Manny Garza said that the police have filed an official report and were investigating the vandalism and trying to find out who the perpetrators of this abhorrent act were. However, even though given the similarity of the wordings and sentiments expressed, it seemed the handiwork of the same individual or a group of individuals’, police said that, at the moment, they would not be able to say with certainty that the two incidents were related. The writing had not been removed till 7pm on Wednesday and was still on the door of the bathroom.

The Vietnamese Student Union on whose union signs the first message was taped issued a statement Wednesday morning condemning the dastardly act that they said portrayed Asian women as subservient and inferior to white men.

Roman Nguyen, president of the Vietnamese Student Union said that whilst the first message could have passed off as an one-off incident, the work of a rogue individual, for another to follow so closely on its heels meant that racial attacks against minorities were not secluded and isolated incidents at the University. Nguyen, in his fifth year in international development studies said that such attacks reveal the mindset of some people.

Around a hundred students, mostly Asian held a rally at the place where the first note was found. They said the rally was not only to draw focus on the happenings of the week but also to spotlight the fact that such incidents were recurring with increasing regularity.

They chanted “hey, hey, ho, ho; Racism has got to go” and speakers expressed various emotions reacting to the racists and sexist slurs. Vice Chancellor of Student Affairs Janina Montero speaking at the rally said, his administration is vexed about what happened and share the students concern and extended support. He said that he wanted all students gathered there, irrespective of who they were and where they came from, to understand very clearly, that what transpired is “unacceptable.”

The Asian Pacific Coalition has proposed to hold a forum to discuss the issue of a deteriorating climate at the University Campus.

This is not the first time that UCLA has been witness to hate-postings. Earlier this year, a Latino student, Kristine Phan, found such sexist slurs posted on her apartment door, “You rude ignorant spic c..ts” and “dirty Meximelt bitches.”

The management would do well to address the issue seriously, given the insane racist rant by UCLA student last year, the messages targeting Latinos and now the Asians, are adequate pointers that racism is rampant on the campus. Analysts say that it probably has something to do with the high percentage of non-Americans who study there and perform better than most native Americans that fuels their anguish and torment.