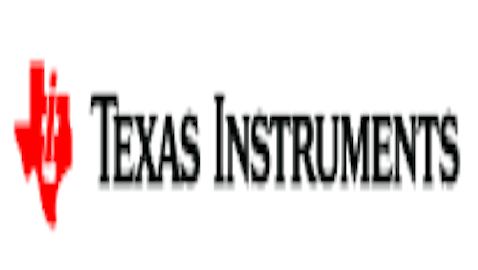 If you hear the name Texas Instruments  and you think of something you used in eight grade math class then you only have a very limited picture of the company, and you are not alone. That is why before we talk about the job cuts that the company is making we are going to take a look at how the company you may think you know chooses to describe itself, ” For more than 80 years, Texas Instruments has used increasingly complex signal-processing technology – with advances ranging from the incremental to the revolutionary – to literally and repeatedly change the world. Every day, our semiconductor innovations help 90,000 customers unlock possibilities for a smarter, safer, greener, healthier and more enjoyable world. Our focus on building a better future is ingrained in everything we do, from responsible semiconductor manufacturing, to employee care and active involvement with the communities we live in.”

This is not the only time that the company has turned to layoffs this year in order to set its balance sheet to right. For those of you who missed out on our earlier coverage of layoffs in the month of November here is an excerpt that will get you up to speed in no time at all, “Sadly the company is getting ready to cut back on about 1,700 workers in a move that is designed to help the company become more profitable. The company has not said much about where exactly the jobs will be cut from but if the company makes the cuts to workers in the USA then they are likely to run afoul of the mass layoff action.”

Interestingly the company, in its most recent release, chose to talk about a new battery, instead of the job cuts that are to come, “ Offering total system power savings for co-processor designs, Texas Instruments Incorporated (TI) (NASDAQ: TXN) today announces the new MSP430F521x/F522x microcontroller family. These new microcontrollers support a main supply rail (1.8V – 3.6V) and I/O supply rail (1.8V +/-10%), eliminating the need for level translators and offering system-level advantages such as reduced system cost and increased flexibility. Featuring this new dual voltage rail capability, the F521x/F522x microcontrollers can operate as an ultra-low-power co-processor to higher power/performance devices such as TI’s OMAP™ processor and Sitara™ platforms. For example, the new MSP430 microcontrollers can be used to offload functions such as sensor hub, keyboard control, battery/power management, capacitive touch, haptics and proximity detection with lower power consumption compared to running these within an application processor. With a fast wake-up time at 3.5us and as little as 1.4uA power consumption in standby mode, the F521x/F522x microcontrollers can extend battery life from hours to days.”