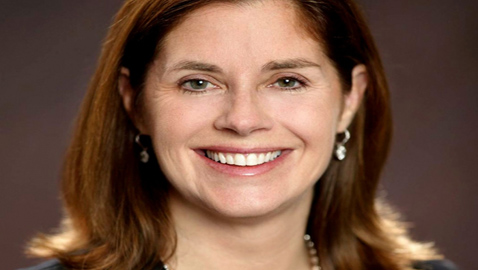 During the recently concluded elections, many records were set and one amongst them was of great interest to advertisers. Economists say that that billions of dollars were squandered on campaigns in an effort to entice voters to vote for them and never in the history of the country has more money been spent.

However, not much of the campaign was organized and a very small percentage of the ads were actually made targeting a particular audience – so it was possible that there was no way of gauging whether the billions spent were worth it, or were they being wasted.

During the elections it was also found that a single billboard that attracted controversy was more powerful in its message sending capacity than a television ad campaign that required millions to create.

Democrat Bridget Mary McCormack credits her victory over her Republican State Stephen Marksman, who failed to retain his seat on the Michigan State Supreme Court, on Facebook Ads. She says that the Facebook ads, which cost $51,000, helped her beat her opponent, who had spent $1 million in retaliatory ads on television through a Washington, D.C., conservative advocacy group called “Judicial Crisis Network.”

Moreover, the ads ran alternatively over the five days leading up to the election. Which ad to go when was decided upon after a small trial period to decide which ads were working bests for women, which for men and which for the different age groups.

All the ads had positive messages and there were no attacking messages on them – just simple messages like Ms. McCormack had the backing of 10 Michigan newspapers. The prime aim was that voters should be familiar with her name, when it was time to cast their ballots.

Apart from Facebook, her sister “West Wing” actress made an ad promoting her and she was also endorsed by local newspapers. But her campaign people say that it was Facebook that made the difference. They said that election was close, but the Facebook tipped the scales in her favor and she nudged ahead in the final stretch.

Ms. McCormack’s campaign manager, Jon Hoadley, says that he was surprised that she beat Marksman by over 30,000 votes as he had spared no money and effort in an anti-McCormack campaign. One ad, for example, featured the mother of dead soldier and then talked about the fact that she had offered to represent Guantanamo prisoners.

Hoadley said that the constant repetition of the ads on Facebook and that too over a short period of time made a huge difference and helped burn her name into liberal voters’ minds.

What is ironical is that placing ads on Facebook was not a planned or deliberate strategy nor was it’s worth and importance understood at that moment. According to Chong & Koster, the agency that managed Ms. McCormack’s campaign, it was more of an accident than a planned approach. He confessed that owing to time constraints, it wasn’t practicable to implement and affect an expanded strategy, which included display and search ads, so they settled for a Facebook as an alternative, as the next best thing.

Analysts feel that the heavy dose of attack ads, indirectly helped impose her name on the voters’ minds and that was of very vital importance as party affiliations were not present on the ballot and they, inadvertently, helped her name register in the minds of the voters.