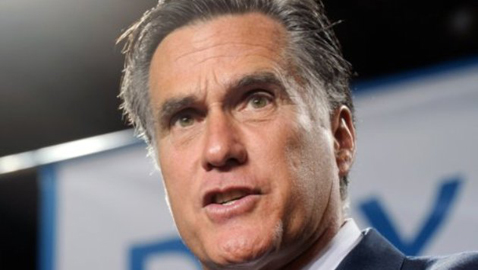 Every year readers look forward to being told by PolitiFact what the lie of the year was. It is a tradition that they have religiously followed. The publication keeps track of all the falsehoods uttered by the politicians, celebrities and other people in authority. This year, with the election campaigning having just ended, they had lots to choose from.  Even though other tall claims came close to winning, Romney’s Jeep ad, walked away with the, ahem, honors.

The Republican ad campaign had made a false claim that alleged that the President and Chrysler were considering outsourcing Jeep building jobs to China.

What was worse that the ad came at a critical time, towards the end of the campaign in the decision-impacting state of Ohio. Jeep hastened to deny that they were moving production to China, but seeing the potential damage it could cause to Obama’s chances, Romney went ahead with the ad, intentionally and calculatingly.

Interestingly, even as fact-finders were quick to decry the ad and brand it outrageously untrue and there was collective indignation and anger from the media and the public, for something so blatantly fallacious, the Republican campaign stood by its assertions.

Chrysler spokesman Gualberto Ranieri clarified almost immediately, using straightforward language and labeling the statements “fantasies” and “extravagant.” Let’s get this straight, he had said, Jeep has no intention of outsourcing jobs to China.

But Romney, unfazed by the rebuttal and media denials unashamedly went ahead with his accusations. So much so that during a campaign stopover in Defiance, Ohio he actually said that he saw a story, that Jeep, an iconic manufacturer of the state, not only belonged to the Italians now, but that the new owners were shifting all its production to China – a lie that did not go down well with the audience who booed the statement.

The ad served a dual purpose for the Obama campaign. Former President Bill Clinton and Joe Biden, even as they feigned outrage, ridiculed the ad, to derisive laughter from the listeners. The Democrats released an ad saying that Chrysler themselves had denied the accusations and that Jeep had actually increased jobs in Ohio, rather than planned to take them away.

It also gave Obama a chance to remind them that Romney was against bailouts and that was more desirous that Chrysler be allowed to go bankrupt – with thousands of workers losing their jobs in such an eventuality.

When reporters cornered the Republicans with questions regarding the ad and pointed out the obvious discrepancies in it, they either dodged the questions or still continued with their tirade that they knew that there was truth in the assertions. The campaign’s pollster, Neil Newhouse, actually had the temerity to say that they were disinclined to permit fact-finders to set the directions for their ads.

In hindsight, the Republicans and Gov. Mitt Romney himself would be amongst the first to agree, that the ad did more damage than good to them. The trickery exposed them and people became skeptical about everything they had said and were going to say. Moreover, analysts believe that the torrent of negative press in the ad’s wake cost them Ohio, which prior to the ad, they had a very good chance of winning.

President Obama’s mendacity also made it to the list of potential winners. The Democrat campaign had misrepresented the governor’s positions on abortion and immigration, making it sound as if he was unbendingly against them and that if he were elected women, irrespective of circumstances, would not be able to get an abortion and immigrants would either be in jail or on a plane back to their native countries.

When Factcheck.org had given the ad four Pinocchio’s, one knew that it was a strong candidate to win top honours in the falsehood of the year race.

Romney’s Jeep Advertisement Wins Dubious Distinction Of Being The Lie Of The Year by Harrison Barnes
Tags: mitt romney, popular ads
Tweet Like Plus Pin It Share