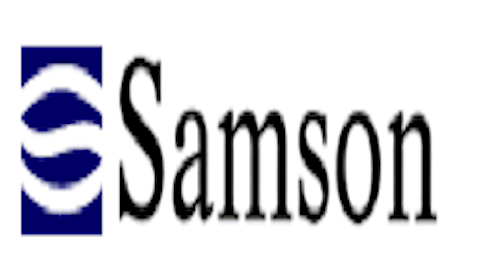 Samson Investment Company is a name that many of you have more than likely never heard of in the past at all. So before we talk about the job cuts that the company is making lets begin by taking a look at how the company has chosen to describe itself, “Samson Investment Company is a privately-held independent exploration and production company. Since our company began in 1971, we have grown into a large, financially sound, independent exploration and production company with more than 1200 employees. Samson is headquartered in Tulsa, Oklahoma and maintains division offices in Houston, Denver, and Midland. We are proud of a corporate culture, which emphasizes teamwork and continued career education and training within a rewarding work environment.  We recognize the importance of the life-work balance for all of our employees, whether the new graduate or the seasoned veteran.  Our rock-solid foundation of properties produces significant cash flow. Currently, Samson is comprised of 70% natural gas and 30% oil/liquids. In recent years, we have invested more than $4 billion in new drilling and oil and gas property acquisitions. Annually, we plan to spend in excess of $1 billion on capital expenditures. We continue to seek new drilling and acquisition opportunities.”

Sadly, the company is getting ready to cut back on about 100 workers in a move that is designed to help the company make their way through a fairly large transition. Job cuts of this size will be enough to qualify as a mass layoff action under the current federal guidelines. For those of you who are not familiar with the idea here is a look at how the federal government defines a mass layoff, “actions that result in workers being separated from their jobs. Monthly mass layoff numbers are from establishments which have at least 50 initial claims for unemployment insurance (UI) filed against them during a 5-week period. Extended mass layoff numbers (issued quarterly) are from a subset of such establishments—where private sector nonfarm employers indicate that 50 or more workers were separated from their jobs for at least 31 days.”

The company was bought by KKR & Co.  in the last year, for a hefty sum or about $7 billion. The company describes itself in the following terms, “KKR & Co. L.P. (KKR) is a leading global investment firm with deep roots in private equity, diversified capabilities, and an impressive track record. When you partner with KKR, you benefit from decades of financial and operational experience, broad industry knowledge, and a powerful network of global relationships. Through an integrated approach, we work closely with companies and investment partners around the world to deliver flexible capital solutions. The power of partnership with KKR means we strive for better investments, stronger businesses, and shared success.”

For the time being there is no word about what kind of a severance package, if any, will be offered to the soon to be displaced workers in order to help them ease the transition off of employment.