Home  » Why Online Advertisers Need To Target Latinos More? They Are Buying More Online Than Before 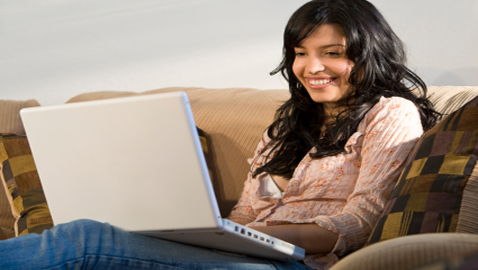 Marketers are veering away from traditional markets this Christmas and setting aside a large portion of their ad budgets for markets that hitherto were not on their scanners. One such market is the Latino and Hispanic community that has increased its online buying to such an extent that marketers are making a beeline for them.

The extraordinary Latino-user market intensification has put the country on the path of a diverse ethnic plurality that derives its strength from its 52 million strong Latino populace. Latinos have pervaded every facet of the US milieu – its workforce, its consumerism and even its politics, so much so, that analysts are predicting that the next US Presidential elections will give the country its first Latino President.

The market size of the community has burgeoned and grown beyond comprehension. Its buying power, from $1 trillion in 2010 and projected to grow to $1.5 trillion by 2015 has marketers salivating at how positively it could impact their bottom lines.

The Latinos are no-more a minor slice of the country’s economic might but have become major contributors to it. Furthermore its dramatic escalation is likely to continue, given that the Latino fertility rates are higher than those of the native American women.

Demographic change and the social and cultural shift it bring in its wake will ensure continued growth for the community and make it increasingly vital for marketers to search for their share of the Latino marketplace.

Nielsen in a report, found undeniable proof of the market change and nullified many commonly perceived notions about the Latino market that do not give full credit to its magnitude, distinctiveness, and worth.

The report says that Latinos are an integral part to business accomplishment and not something marginal or minor and that they have a huge collective buying power, which marketers would do well to make the most of.

Nielsen throws up some interesting advertising information and guidelines for the marketers. Latinos, especially the younger generation remember the English language commercials as well as the local Americans do, but if the same commercial is in Spanish, it was 30 percent more likely to remain on their minds.  They prefer their ads in Spanish and if the narrator is one from their own community the ad reverberates well with them.

Another reason why the Latino community needs to be specifically targeted is because it has retained and maintained its identity, its likes and dislikes and has not dissolved itself into the American, one-size-fits-all, upbringing. Their consumption and buying methods are different from typical American perceptions.

To put the economic power in a different perspective, the report says, that if the total Hispanic community in the US were a separate country, it would merit a place on the list of the top twenty countries in terms of buying power and its per capita income would be more than that of such popular economies as Brazil, India, Russia and China.

Labor statistics reveal that inspite of the recession, US Latino families that earned upwards of $50,000, grew faster than all other communities taken collectively.

Big multi-national companies, like Procter & Gamble, Unilever, Coca Cola and Walmart have entered the Latino market in a big way paving the way for others to follow and emulate. One thing is certain, and the report proves it irrefutably, the Latino growth is here to stay.

Why Online Advertisers Need To Target Latinos More? They Are Buying More Online Than Before by Harrison Barnes
Tags: online shopping
Tweet Like Plus Pin It Share