Home  » Gender Bias Continues Unabated In Media: This Year Too Was No Different 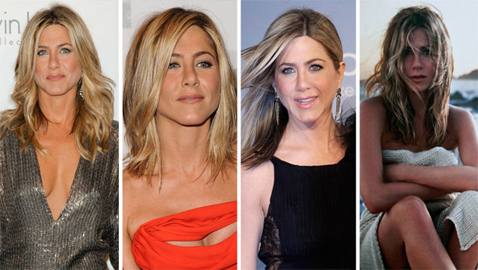 Abundant male bigotry was evident throughout the year as the media continue to misbelieve that female bashing or projecting them in a different light is a sure fire way to attract eyeballs. 2012 had its share of blunders and intrusions in female space which attracted considerable outrage and censure.

Celebrities were targeted with contemptuous disregard for their privacy and feelings. Jennifer Anniston was in the news repeatedly with endless speculation about whether she was pregnant. Celebrities were talked about for wearing skimpy clothes and there were hilarious takeoffs on celebrities who had allowed their normally svelte bodies to become fat.

Here, then are the top media moments that were considered sexist:

Instead of focusing on their outstanding athletic accomplishments the U.S. Women’s Gymnastics Team was called ‘America’s Sweethearts.’  The outstanding Gabby Douglas was the toast of the media, after she won the Olympic gold in the Olympics as the best all-round gymnast and the US team won the team gold. However, her and her team’s achievements lost their sheen when the media concentrated on their looks and glamour quotient rather than their success.

Last year was mostly about the election and to the media it seemed that, only men deserved to contest. Women candidates were not considered as real candidates, with the media expressing reservations that were they “women enough” to serve as candidates. Moreover, the women voters were depicted as being unintelligent and uncertain, unable to make up their mind as to who to vote for. The media convinced people that anything from a tear shed by the candidate to the way they cuddled their pet dog, could make them change their minds.

There are regular reports of sexual misconduct by teachers in schools, with male misdemeanors easily outnumbering those by female teachers. Such acts all make big news, but they are not sensationalized when men are involved. However, when Texas teacher Brittni Colleps got involved in physical intimacy with students it was reported in a teasing enticing manner.

Reports talked about the students being hunks, all football players and that when they visited her home, food was not the only thing that Colleps gave them.  When men do it, the girls are called sluts or victims, but in the female teachers case the boys were called “lucky.”

Rush Limbaugh courted huge controversy and flak when he called Sandra Fluke, a student from Georgetown a “Slut” and a “Prostitute” only because she had the guts to express her opinion supporting compulsory insurance coverage for contraceptives. Inspite of the huge uproar, Limbaugh continued his tirade, apologizing only when the financial losses started to pinch.

Jennifer Livingston was openly castigated as being too fat to be an anchor on television as it was a visual media and needed the anchors to be more attractive and eye-catching. Have you had a look at some of the male anchors – nobody talks of the ones who are balding, have beer bellies and who are not half as good looking as Livingston. Even though she responded brilliantly to the opposition, the media did not talk about the gender-bias that she was subjected to.

Even the hugely tragic and traumatic Sandy Hook shootings, a tragedy that shook the entire world, had its share of sexist reporting. Victoria Soto, who died trying to protect her children was called daring and self-sacrificing but not before adding that she was good-looking and feminine, as if her being so, made the tragedy more poignant and heartrending.

Reporters say that the killer chose the school because it was too feminine and hence more vulnerable and fragile, suggesting that they should leave the security of the school to tough men who can be expected to deal with the killers better. But how many will deny, the women at the school acted with exemplary courage and daring. They confronted the gunman, lunged at him, but assault weapons, which spit out hundreds of bullets in seconds, sadly don’t categorize between men and women – but to say that had they been men, the tragedy may have been averted, is demeaning their bravery and heroism.