Don’t lie on your resume. 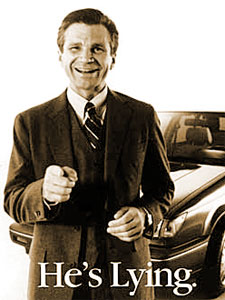 I’ve said it before, and I’ll say it again: don’t lie or mislead during the interview process. Besides the fact that it’s wrong, you’ll always be in the precarious position of fearing you’ll be found out.

(And, a note to employers: don’t lie or mislead during the interview process. It’s actually worse when you do it, as you’re in the position of power. Also, you’re the deep pocket in the case of a lawsuit.)

Everyone words their resume so as to magnify their strengths and minimize their weaknesses. That’s not lying — it’s marketing. But every single fact on your resume must be correct.

Here are some common resume lies:

Lying about your education: After all, who checks with your college to confirm your degree? Employers do. All the time. And when you’re caught, your employer will take it very seriously. Usually, this lie gets people fired — even if they’ve been with a firm for years.

Don’t mislead about training either. If you finished a course, you can list it. But if you haven’t used the skills from the course since you took it ten years ago, be prepared to explain why it’s on your resume at all. (A good answer: you’ve maintained a familiarity with the topic.)

Fudging your age: Employers aren’t allowed to ask your age (except to confirm you’re old enough to work). But some people like to play with dates in order to appear younger (if they’re old) or older (if they’re young). I graduated college in 1994; and I rarely mention that I graduated high school in 1984. This makes me appear younger, which has been beneficial. But it’s not a lie. No one ever asks me when I graduated high school — if they did, I would tell the truth.

But don’t change dates — for your college graduation, or for previous employment. It’s the kind of silly, tiny lie that can get you canned when you’re caught. And it’s very important not to alter employment dates to cover up a period of unemployment or a job you don’t want to list. Employers do check with your previous firms. Lying will lose you a job offer.

Lying about salaries: Sure, you want to try to get as much filthy lucre as you can from your new employer. But don’t lie to do it — your previous employers will confirm salaries. If you want to make more money, sell your interviewer on why you’re worth it. But don’t lie about facts that can be easily confirmed.

Inflating your job title: Otherwise truthful people have been known to fudge a title, for the simple reason that they were in fact performing that position for their former employer. If that’s the case, then tell the truth — you were assistant regional manager, but in fact performed all the functions of regional manager without the title or salary. This is impressive. Lying is not.

Claiming skills you don’t possess: If you have used Photoshop to resize images, that does not make you a “Photoshop Expert.” If you took one year of college Japanese, you are not “Fluent in Japanese.” If you have a familiarity with something, then say “familiar with….” But don’t claim expertise unless you are a stone cold expert. Every HR manager has faced the horror of bringing on a new hire, and learning on day one that the person can’t really take dictation, write PHP or speak Tagalog. This person will be FIRED. 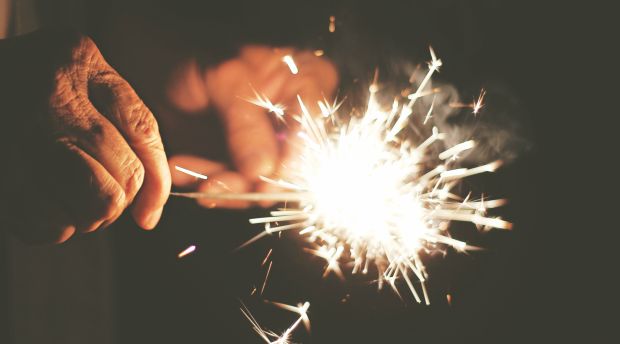 32 Tips for Your New Year’s Resolutions

Seeking Out Good Educational Careers
Let’s Get Social
Feel like getting in touch or staying up to date with our latest news and updates?
Related Posts
Latest In Work Relationships
BCG FEATURED JOB