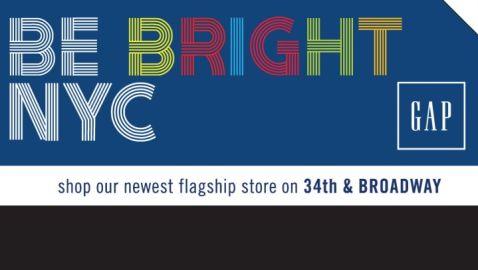 For those looking to purchase a MetroCard at the subway vending machine, there may have been some serious confusion. In fact, some riders were not sure how to swipe this card or whether or not the card provided was actually a MetroCard. The Gap advertisements on the MetroCard have caused a number of riders to be confused as to whether or not the card was actually real. But, the answer for those who were wondering is yes, the card is real. The front of the card is a blue color and it says Be Bright NYC. The back of the card is yellow and provides an advertisement on a 20 percent discount available at the store. Most people would not recognize the card at all if it were not for the magnetic stripe on the back, which is used to swipe.

For those who were confused, these cards with the advertisements are, in fact, MetroCards but they are also a way for the Gap, a popular retail store, to advertise to a number of consumers. The whole idea behind these cards is to help the Metropolitan Transportation Authority, also referred to as MTA, to increase its revenue. They are able to increase revenue by allowing commercial advertisement space on some of the most common objects in the New York area, the MetroCards. Advertisements have often been featured on the back of the cards, especially over the past decade. However, these cards with the Gap advertisements are the first time that the MetroCards have ever used both the front and back of the card to advertise.

The Gap was the first company to have ever bought advertising space on the front of the cards. Advertisements for a health insurance company, Health Plus, will also start to be featured on the back of the cards at some point this month. The Gap chose to buy these advertisements as a way of promoting the grand re-opening of a remodeled Gap store on 34th Street and Broadway.

The discount provided on the card, however, can be used at any Gap store. These cards can be found in a number of different stations located in the city and were basically chosen depending upon the proximity of the stations and the Gap store.  The MTA chairman, Joseph J. Lhota, has said, “Opening up the front of MetroCards to advertising gives the M.T.A. a new source of revenue.” He also said, “We will monitor public acceptance of ads going forward to ensure that it doesn’t interfere with use of the transit system.”

Where can you find the most Advertising Associate jobs? Click here.