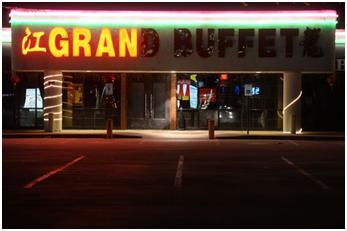 In Southeast Texas, illegal workers are in high abundance, being used to pay low wages, not have to provide benefits, and get hard workers that work as many hours as the companies require. Recently, a string of arrests have occurred with local Chinese restaurants found to be hiring these workers for bussing tables, washing dishes and prepping food. They are undocumented, therefore the restaurant owners paid them “under the table,” and very poorly, usually well below minimum wage. They took advantage of individuals desperate for any work they could find, and are now paying the price, according to the Beaumont Enterprise.

The Link Between Employment Agencies and Illegal Workers

Federal agents first found the link with the restaurants in Chinatown, Houston when they saw many of the illegal workers were coming from supposed employment agencies. But these agencies were actually a front for sending illegal immigrants to restaurants to work as poorly-paid workers who worked in terrible conditions, were denied benefits, and worked about 12 hours a day. While many were found in Houston and around Southeast Texas, others were found in nearby areas, including Louisiana. The owners of one restaurant in particular were arrested, as well as 21 others during raids throughout Texas and Louisiana.

Up to 32 people were named at the end of 2013 as hiring illegal workers in various restaurants. They were charged with violating immigration policy, conspiracy, and racketeering. The restaurant owners and illegal employment agencies were both arrested and charged. There is no final word as to where the employees have gone, whether they were allowed to stay in Texas or Louisiana, or were sent by immigration back to their native countries.

One of the primary issues with these workers wasn’t just that they were working illegally and for very low pay, but that they had less than favorable working conditions. They were being paid below the federal minimum wage, which is illegal, being denied benefits, and being required to work 12-hour days, six days a week. They weren’t being allowed to keep any tips or gratuities given to them, and could not accept overtime even when they worked more than eight hours a day. Added to that, the conditions of the workplace were never ideal or sanitary for the employees.

There is no question why these operations were existing, according to Brian Moskowitz, an agent for Charge of Homeland Security Investigations in Houston, Texas. He told reporters, “At the end, this is a crime about green, profit and money.”

Want to see which Hospitality jobs are available near you? Click here to see.