Home  » Long-Term Unemployment is Being Shielded behind “Carolina Comeback” 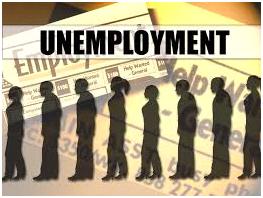 When Congress returns this week for session, they will be reviewing the federal unemployment benefits extension, which is set near the top of the list on the Senate’s agenda. However, Republicans are still arguing that a reduction in benefits is the ‘tough love’ workers across the nation need in order to give them that necessary ‘push’ to find work, according to The Fiscal Times.

During the worst of the recession, unemployment benefits were extended under the federal program to 99 weeks in duration for benefits. The extension expired December 31, 2013 and Senate Majority Leader Harry Reid declared that his first order of business would include renewing the extension. But Senate Republicans have twice now filibustered attempts for renewal.

They have been using North Carolina as an example since last summer when the state legislature passed a law that went into effect in July dropping benefit duration periods from 73 weeks to a nation low of 20 weeks. It was soon afterwards that the state’s unemployment rates began to fall fast, much quicker than the nation’s average. It took no time at all for Republican Governor McCrory to proclaim it a “Carolina Comeback.”

But, last week a report was released with research findings that North Carolina’s policies of “tough love” are not as successful at returning people to employment as they claim. The North Carolina Justice Center released findings that 89% of unemployment reduction rates in 2013 were not attributed to people finding jobs, but instead was people leaving the workforce altogether. Unemployment rates only reflect workers actively seeking employment, not all unemployed people. In 2013, North Carolina listed 13,414 jobs as the net jobs created for the year, but in all reality over nine times the number of people who came off of unemployment is deemed in the rates as finding new jobs. In all actuality, North Carolina lost nearly 28,000 during the 1st part of 2013. Despite these numbers the unemployment rates show statewide declines of approximately 31,000.

The Bureau of Labor Statistics shows North Carolina added 41,364 jobs in the 6 months following the effect of the new law. During the same time, unemployment numbers shows a drop of 93,625. This indicates that even during job growth and creation periods, over half of the unemployment decline came from people leaving the workplace, not finding jobs. The report released leads to the realization that year after year, the job creation in North Carolina continues to get lower. The problem is not people needing incentive or a push to work, but instead the real problem lies that there is just not enough work available for all of the people seeking jobs.

Where can you find the most North Carolina jobs? Click here.

Sacramento office of our client seeks Family Law Attorney with 6 years of experi...

Corporate General Counsel Responsibilities: Participates in the definition and development of corp...