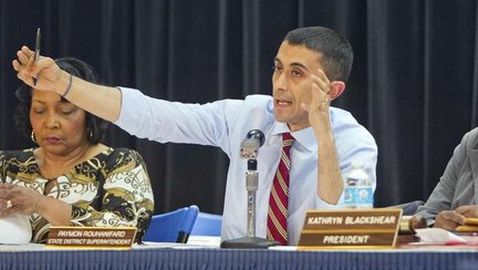 The Camden City School District has recently made an announcement that they will have to cutback on positions due to falling short financially. The school is lacking the $75 million it needs to keep nearly 600 school employees working, according to the Philadelphia Inquirer.

Hundreds of layoffs are going to take place because o the budget. While the officials did not want anyone to have to lose their job, the budget simply does not allow them to afford all of the employees that they currently have.

The new budget, which is set at $359 million, will be discussed and voted on in the next few days. If Rouhanifard were to give this budget plan the approval, the budget would be much lower than it was for the current school year. In fact, there would be $33 million less available for the school under this budget plan.

The Superintendent already discussed that coming up with a smaller budget is a difficult decision because it does put some people out of work when there is not enough money to go around. He stated that while it will be difficult, these actions are critical in order to make the budget work for the entire school year, and hopes that these changes will help to improve the school district.

The enrollment of the students within the district has continued to drop over the span of five years. Even though enrollment is declining, the amount of spending has continued to increase, causing more than enough problems for the school district. The city of Camden is supposed to fund about $23,000 for each student. However, they ended up spending closer to $27,400 for each individual student instead.

Some of the positions that are being eliminated are already vacant. With some vacancies already in existence, fewer people would have to lose their job. It is estimated that around 400 employees working for the district could receive a notice about being laid off. Those employees will include both teachers and other administration.