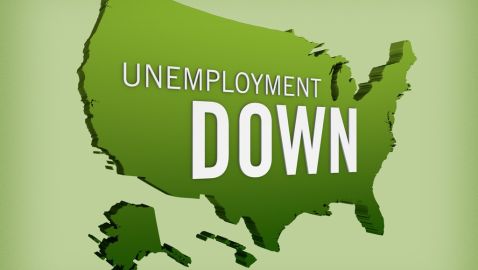 The economy in the United States has managed to get back all the private sector jobs that were lost when turmoil began and the recession kicked in full force. It has taken the United States a total of six years to make it happen, but this news does show that progress continues to happen, even if it is at a slower pace than most would prefer. While this good news shows improvement, the unemployment rate for the United States as a whole is still at 6.7 percent, according to a report from News 13.

A report that came straight from the government this Friday painted a picture of an economy that is still working its way back up to adding jobs and lowering unemployment rates. When the recession was at its worst, a total of 8.8 million nonprofit jobs were lost, leaving millions of individuals without work. Several years later, 8.9 million jobs have been added, but there is still a bit of struggle. There are more people living and looking for work in the United States now, which means there are still not enough jobs for all the unemployed people to officially find work.

There is still a lack of government jobs too. At the beginning of the recession in 2007, thousands lost their government jobs. While some jobs have been added back, a total of 535,000 jobs are still not restored, leaving thousands without work. With this information at hand, analysts appreciate the milestone, but are still not ready to celebrate due to the lack of jobs available.

Some people feel that the milestone is not worth much. Heide Shierholz is an economist who believes that there should have been more jobs added within the private sectors, especially since six years have already passed.

Employers in the United States added a total of 192,000 jobs during the month of March, which was just a few thousand less than the total number of jobs added in February. The total for February was a 197,000 jobs added. While some are concerned about the slow progress, a chief economist for Bank of the West, Scott Anderson, has made statements saying that the United States is making improvement and that more citizens are applying for jobs that are now available to them.

Even though he recognized the progress, he did state that while the economy is a bit stronger, it is not too much stronger than it was just a year ago. Anderson also claims that much more progress is needed in order for the economy to get back to where it was before the recession.

Where can you find the most customer service jobs? Click here.