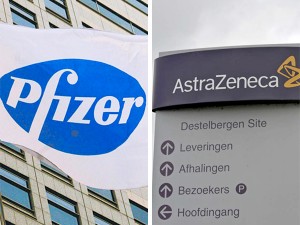 Pfizer Inc.’s chief executive, Ian Read, acknowledged that a merger with AstraZeneca could cause the loss of jobs, according to the Associated Press. Read promised to keep research jobs in Britain as part of the $106 billion takeover proposal.

Read did not specify where the job cuts would occur when he spoke in front of Parliament’s Business Innovation and Skills Committee. He described the possible cuts as inevitable results of the merger between the two companies.

“There will be some job cuts somewhere, that’s part of being more efficient,” he said. “Whereabouts in the world I cannot say.”

The United States drugmaker has asked the company to provide, in writing, that British jobs will be lost and research will be undermined by the deal.

“We are a highly ethical company,” he said. “We keep our promises.”

Three proposals have been shot down by AstraZeneca since January, with the most recent one being described as undervaluing the company by Pfizer.

Pascal Soriot, the CEO of AstraZeneca, said that a deal would disrupt the work on the lucrative pipeline of new drugs. Soriot also said that the five-year plan mentioned by Pfizer will be too short.

“From the lab to the patient takes many years,” Soriot said. “It’s a question of avoiding distraction.”

If the deal happens it would turn out to be the largest foreign takeover of a British company in history.

“You don’t really buy a second-hand car if the guy says ‘I’m giving you a guarantee but, hey, if things change the guarantees are null and void,'” GMB national officer Allan Black said, confirming concerns of unions involved at the companies.

Where can you find the most pharmaceutical jobs? Click here.

NN, Inc. Bringing 200 New High-Paying Jobs to Johnson City, Tennessee
Let’s Get Social
Feel like getting in touch or staying up to date with our latest news and updates?
Related Posts
Latest In Work Relationships