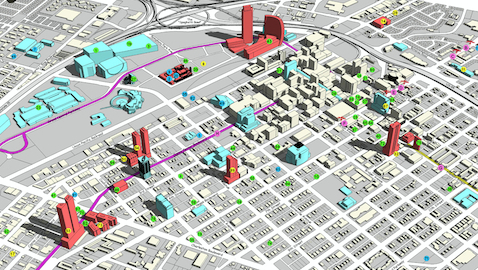 Summary: Late in the month of September it was announced that mass layoffs would occur at the Downtown Project in Las Vegas, ending the long stretch of growth in the downtown district.

It was announced late in the month of September that a large number of layoffs would occur at the Downtown Project in Las Vegas. Hundreds of people lost their jobs and all of a sudden it looked as if the boom in the downtown district was coming to an end, according to a report from Las Vegas Weekly.

Downtown Project is a redevelopment group that was funded in large part by a donation from Tony Hsieh, the CEO of Zappos. The investment totaled $350 million. During the layoffs, entire teams were cut from the project’s payroll.

The Downtown Project released the following statement regarding the layoffs:

“Since January 2012, Downtown Project has been working to help revitalize downtown Las Vegas through several hundred investments and initiatives. At this time, we are focused on streamlining our operations as we continue to execute on our plans. Doing so requires that we restructure our operations and focus on follow-on investments. We continue to evaluate all of our initiatives in terms of those that achieve the right balance of both ROI (return on investment) and ROC (return on collisions).

“We remain focused on the long-term plan and the evolution of the downtown area. As such, we have restructured our support team. This change has affected approximately 30 positions, the majority of which were based in our corporate office. We continue to directly employ more than 300 people across our various operations in downtown Las Vegas.

“We are optimistic and confident about the future of downtown Las Vegas and the continued growth of our entire portfolio of investments.”

The project purchased large portions of ground in the downtown district and invested in multiple businesses in the area. The project also opened the Downtown Container Park in November of 2013, which houses multiple retail stores.

An unnamed source close to the layoffs said, “People are asleep at the wheel. Everyone’s waiting for the shoe to drop at this point. And it could all be saved.”

Recently lots of job available near Las Vegas location, Browse this page on Granted.com for various openings in respective fields.