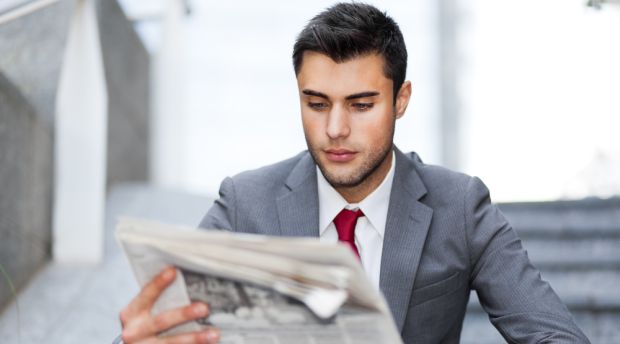 Summary: Below are some important guidelines and ideas that will help you keep your job search on the right track.

Sometimes these guidelines function as guardrails to help keep job seekers and their search on track.

I am functioning here as a kind of editor and processor of the directional ideas that influenced them, not as an originator of the principles being articulated.

A Philadelphia banker, for example, took to heart advice given by Lee Iacocca to a mutual friend: “Don’t make the same mistake I did; don’t waste time trying to get even.” Many guiding principles will be negative phrases stated for a positive purpose. On a positive note, this same person told me he would advise others to “take time to understand who you are, not what you do.” That principle is operative within his own family, where, he reports, “the members are appreciated for who they are, not for individual achievements; we are not afraid of failure, nor do we hide from it.”

Many job seekers borrow principles articulated by others and hold them up for their own guidance and introspection. For example, John Henry Newman’s often-quoted reflection appeals to some: “In a higher world it is otherwise, but here below to live is to change, and to be perfect is to have changed often.” “These days,” said one person in this study, “change is not something you manage, it’s something you do.”

Many transitions I met adopted a principle “not to dwell on the past” or “not to look back.” Poet Samuel Hazo provides them with a rationale for this when he asks, “Can days of making sense / of days that make no sense / make sense?” Most executives in transition eventually conclude that no, it doesn’t make sense to dwell on the past, but they have trouble getting rid of the anger. For most, the anger and resentment never completely disappear. When Steven J. Ross, the controversial and highly compensated chairman of Time Warner, died in 1993, a group of family, friends, and associates paid for a full-page advertisement in the New York Times to reprint a poem by Emerson that Ross “carried as his talisman”:

To laugh often and much;

To win the respect of intelligent people and the affection of children;

To earn the appreciation of honest critics and endure the betrayal of false friends;

To appreciate beauty, to find the best in others;

To leave the world a bit better, whether by a healthy child, a garden patch or a redeemed social condition;

To know even one life has breathed easier because you lived.

This is to have succeeded.

A talisman, your dictionary will remind you, is a special object, often engraved, thought to act as a charm. I didn’t hear that word often, but I did hear mantra used to describe sayings that offered support and guidance for the advancement of a job campaign. One executive calls them “keepers,” sayings to be kept in mind and in the card file. More often, I heard “words of wisdom” as a descriptive phrase to label home-made or hijacked maxims that helped job seekers stay on target and remain serene throughout the search. Under each maxim lies a value that can be internalized.

In a Chicago kitchen, while conducting interviews for this study, I was given a coffee cup with a “Words of Wisdom” imprint (and a Hallmark copyright) over the following sayings that literally covered the outer surface of the cup:

These sayings, and others like them, work their way into the consciousness of persons who, in the circumstances of a job campaign, can draw strength from them and use them to shore up their drooping spirits and focus their minds on the task at hand-finding a job. After a job is found, the principles remain operative in many cases. One manager, for example, adapted the “journey of a thousand miles” saying for use on the job: “Always think one step ahead of where you are in your career.” This is a readiness principle that can serve an abruptly terminated manager well-he or she has already been scanning the opportunity horizon and planning for the next move. In effect, the first step has already been taken.

Reading Shakespeare might force a discouraged job seeker to say, “In me thou see’st the glowing of such fire / that on the ashes of his youth doth lie.” Other “words of wisdom” heard along the way can help a person focus on the fire, not the ashes, and fan the embers to get the flames that will fire the enthusiasm needed to keep moving toward the goal.

One of the women with whom I discussed transitions, hers and those of executives she knows well, gave me this untitled, anonymous verse that contained helpful principles for her:

After a while you learn

And you begin to accept your

defeats with your head up

and your eyes open, with

the grace of an adult and

not the grief of a child.

And you learn to build all your roads on today

Is too uncertain for plans and futures have

A way of falling in mid-flight.

So you plant your own garden

and decorate your own soul

And you learn that you really can endure

That you really are strong

And you really do have worth

And you learn and learn

With every goodbye you learn.

Where to post resume jobs on internet?
Let’s Get Social
Feel like getting in touch or staying up to date with our latest news and updates?
Related Posts
Latest In Work Relationships