Home  » How to Avoid Religious Discrimination in Your Job Search 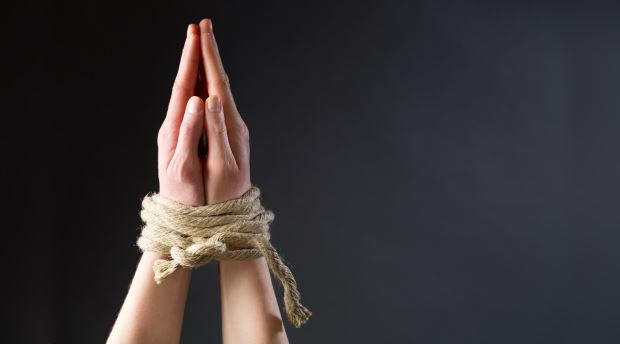 Summary: Religious discrimination is a major issue in the job search for many people. Here are some personal experiences and ways to avoid this kind of discrimination.

Due to constant conflict between the United States and the Arab world, the workplace is a hostile place for many Muslim and Arab employees. Many Muslim and Arab students in the U.S. know a friend or relative who can tell of discrimination or harassment on the job.

Muslim and Arab students about to embark on a job search are worried about how their religious beliefs will affect their employability. And they are right to be cautious, claim organizations such as the Washington-based Arab-American Institute.

Since the aftermath of Sept. 11, companies are increasingly forbidding their employees to pray or display religious objects in the workplace, grow beards or wear headgear such as scarves or turbans. An increasing number of Muslim/Arab employees haven’t been hired or have been passed over for promotion because of their race. According to one Arab rights activist: “We know of people who didn’t get an interview because of their place of birth or name, as they are considered to be a liability. It’s these subtle forms of discrimination we’re worried about because they’re so difficult to prove.”

Twenty-four-year-old Faza Abbas, who graduated from a top New York City college with a degree in media and communications last summer, illustrates student concerns. “Even though I managed to get several interviews, I had no success in securing a job for six months,” says Ms. Abbas. However, as soon as she decided to remove her headscarf, she quickly landed a position at a New York-based public-relations firm she prefers not to name.

“It could have been a coincidence,” Ms. Abbas points out, “but I doubt it, as many of my female Muslim friends have encountered similar experiences.” She doesn’t wear her headscarf at work. Although she doesn’t discuss her religion, there’s no hiding her Muslim name. She says her employers don’t mind that she’s Muslim, but she thinks that they’d prefer she keep it to herself as it could put off clients.

Arab and Muslim students aren’t the only religious group having difficulty. Events in the Middle East have created a general anti-Semitic feeling both in and out of the workplace. Some students will be hired because they are Jewish, and others won’t for that very reason. But as discrimination at entry level is so subtle, it’s hard to ascertain how much of a factor religion plays in the hiring process.

Students of South Asian descent, especially Sikhs, and dark Latinos with goatees also have had problems securing jobs after graduating because they’ve been mistaken for Muslims/Arabs. It’s likely been a case of mistaken identity for 25-year-old Yusef Farad, a Cuban-born atheist, who blames both his name and goatee, as well as his tan, for the lack of job offers after graduating with an information-technology degree last year.

Mihir Singh, who graduated last summer with a business degree from the University of California, hasn’t had much luck job hunting, either. A Sikh, he wears a turban and a beard. “It seems that my faith and outward display of religion is working against me because of the ignorance surrounding Sikhism, and so I’m often mistaken for a militant Muslim. But I’m determined not to cut my hair or shave my beard just to secure a job,” says Mr. Singh, who’s helping out his family’s export-import business in California.

But not all students can afford to be so bold or selective. Sarah Gach, a Duke University student, admits that “as a Green Muslim, it may be easier not to address my religious beliefs during the application and interview process, and so I’d probably be reluctant to mention my strong involvement with the university’s Muslim organization.”

On the whole, professionals such as Richard Green, careers-services director at Rutgers University in New Brunswick, N.J., advise students to keep religion, along with politics, off their resumes. “Unless you can include responsibilities and achievements which are transferable skills that can be used in the new job, such as organizing a conference, don’t mention it,” advises Dr. Green.

Most employers don’t care to see achievements that include proselytizing or anything of an evangelical nature. And given the anti-Arab/Muslim sentiment in the U.S., most careers advisers recommend those students to err on the side of caution and not include any affiliation to a religious organization in resumes.

That’s what 22-year-old Mehrdad Dajani, an Iranian-born Arab-American student from Cincinnati, was advised to do. Having just recently graduated with a bachelor’s degree in computer science, he decided to omit the fact that he was the president of his university’s Muslim Student Association.

“I was advised to take it out after seeking advice from the school’s careers service, in case it put off prospective employers,” says Mr. Dajani. And shortly after starting his job search, he was invited for an interview with a large electric company. However, Mr. Dajani points out, “I did not hide the fact that I was a Muslim, either. At the end of the interview, I was asked if I had any questions. So I told them that, as I was a Muslim, I would need certain accommodations, such as no lunching or dining with clients or colleagues during Ramadan and permission to pray during work hours.”

Mr. Dajani found the electric company was very receptive to his requests and happy to accommodate him. He started his new job as a project leader at the electric company earlier this year. But, he admits, “fellow Muslim students have had a much harder time in finding a job.”

To avoid disappointment, advisers such as Dr. Green and Rabbi Weiss are encouraging students to research companies they want to work for before applying for a job. “Find out if there are people like yourself in the organization and if it’s a place that will respect your beliefs and values,” suggests Rabbi Weiss. Don’t compromise your religious beliefs by, say, cutting your hair, shaving your beard or discarding your headscarf or turban, advises Dr. Green. “Instead, focus on firms that are committed to diversity,” he says.

Plenty of organizations are prepared to go out of their way to accommodate employees of varying religious backgrounds, yet many people won’t ask for accommodations for fear that they’ll be rejected, says Toni Napoli, U.S. diversity officer at an accounting firm. “But it’s vital for individuals at interviews to share their faith with [a human-resources-department employee] if they need certain religious accommodations made on their behalf,” she says.

The firm provides floating holidays to accommodate holidays such as Ramadan, or even Martin Luther King Day, says Ms. Napoli. She also drops timely hints in a regular diversity newsletter, such as, “Don’t forget it’s Ramadan this month,” a gentle reminder to be sensitive about scheduling business lunches with Muslim colleagues and clients during the holiday.

The firm has managed to help solve awkward cross-cultural problems. “We had one example of an Orthodox Jew who could not shake hands with female clients as it was against his faith to touch women outside his family. We helped him get round it by telling him to be open with every female client he met, explaining that for religious considerations he couldn’t – that way no one’s offended,” explains Ms. Napoli. “So don’t assume your request won’t be accommodated.”

Authored by: Granted Contributor
Related Posts
Let’s Get Social
Feel like getting in touch or staying up to date with our latest news and updates?
Related Posts
Latest In Work Relationships