Home  » Mandela Not Part Of Clothesline, Claims Misleading And Deceptive 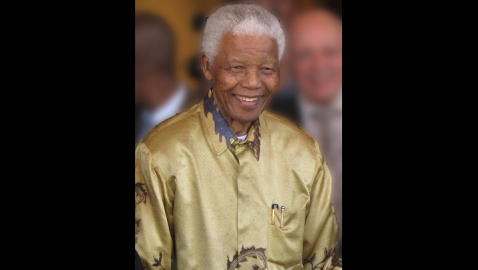 A controversy has brewed in South Africa over the purported association of Nelson Mandela with a clothing line. A Nelson Mandela clothing line, could it really be true, asked an amazed citizenry? It did not sound plausible and something that the legend and, perhaps, the country’s most iconic figure, would lend his name to. It aroused considerable interest, curiosity and opinion.

News broke out earlier this month that the elderly statesman had launched a line of branded apparel. To add authenticity and credibility to the unfounded claim, the company said that Mandela would be using the portions of the proceeds to support one of his many charities and that it would be manufacturing at least 60% of its wares in South Africa to support the local textile and apparel manufacturing industry.

Such was the media craze that they assumed without confirming and checking for themselves if the claims of Mandela being associated with the brand were true. They simply assumed that it was true.

However, James Cecil, President of Cadence Communications that represents Nelson Mandela Foundation in North America has categorically denied that Nelson Mandela has anything to do with the clothing brand. Cecil issued a statement saying, “Nelson Mandela is not affiliated with 466/64 Fashion.

He said, “466/64 Fashion is making false claims that it is tied to Nelson Mandela — it is not, nor does it benefit him or his foundations. They are deliberately misleading people in the fashion industry — the name ‘Nelson Mandela’ is not to be used in conjunction with any commercial products. They cleverly use his quotes in their advertising, but this is not his line of clothing; he did not launch it, nor is he associated with it.”

Those who were earlier clamoring for news regarding the clothes line, chastened and corrected are now saying, “We knew it was too good to be true. What 94-year-old world leader launches a clothing line anyway?”

However, the contradictions and the inconsistencies in the earlier reports and the current denial have raised doubts about the truth of the matter. Moreover, all press releases regarding the much looked forward to launch, clearly stated that it was “founded by Mandela and that 466/64 Fashion was inspired by Mandela’s legacy.”

Last year, Tokyo Sexwale, South African Minister of Human Settlements and a former prisoner on the same Robben Island where Mandela was incarcerated and also a Nelson Mandela Foundation board member was applauding the brand saying, “466/64 Apparel is not just another brand but a way of giving back to an organization that is intimately connected with the legacy of this country’s greatest leader.”

It seems highly improbable that such blatant and transparent use of his name would be possible without his acquiescence. The legal consequences would be too dire for anyone attempting such a foolhardy exercise.

A spokeswoman for 466/64 fashion in a statement said,

The statement is virtual acceptance of a mistake, but falls short of an apology. The number given to Mandela when he was imprisoned and the last two digits, 64 representing the year he was sentenced, show that the clothesline was indeed inspired and motivated by his immense contributions to the country and was meant as a tribute to him. But whether they wanted to benefit commercially or it was a genuine feeling of respect and repayment of the enormous debt the country owes to the great man, is still open to debate.

However, there is little doubt that their clever little lie has advertently or inadvertently linked his name with the brand and added patriotic fervor to it – it will surely add to the sales, much as the company may say that they have no intention of manipulating his name for commercial purposes.

Image of Nelson Mandela from South Africa The Good News

E-Cigarette Ads Increasing in Number and Effectiveness
Let’s Get Social
Feel like getting in touch or staying up to date with our latest news and updates?
Related Posts
Latest In Work Relationships