Home  » Was Sales Rep an Independent Contractor, or Was There a Breach of Contract? 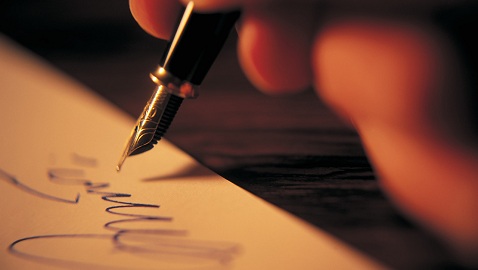 A sales rep claimed that the company whose products he promoted and sold was in breach of contract. His ensuing lawsuit became a simple matter of whether or not the man was considered, by law, an employee of the business.

The man represented Whelen Engineering Company, a manufacturing business headquartered in Chester, CT. In 1980, he was hired by the Whelen president on the basis of an oral conversation, without signing any contract or agreement. He handled a particular territory, including Minnesota, Iowa, Nebraska and Kansas. His pay was on commission, based on a percentage of sales in his territory, and every year he was issued a 1099 for his commission payments.

He initially deposited his commission into a family business account and received a paycheck with all the taxes taken out. In 1988, he formed his own corporation and began using an associated account for commission payments. With his own company, he operated on office, paid his own employees and handled any expenses incurred in selling and promoting Whelen products. He also covered any office supplies or equipment. Whelen would cover lodgings and meals if the sales rep attending a sales meeting or trade show, but the man paid for his own means of travel.

In 2007, the Whelen Vice President informed the man that the business relationship would soon be ending. The company was opting for another direction and did not believe the man was suited for the change. The man responded by filing a lawsuit, alleging a breach of contract. He claimed that policy documents issued in 1985, 1994 and 1995 essentially represented a unilateral contract of employment, and this contract was breached by the man being fired without just cause and with no notice of a need for improvement or the opportunity to improve performance.

Whelen made a motion for summary judgment, asserting that the man was not an employee of the company, but rather an independent contract, explicitly worded in all three versions of the policy document – though the 1995 one superseded the previous two. Whelen further argued that, even if the man was an employee, his employment was at-all because there was no contract, and even with a contract, he had not adequately demonstrated a breach. The district court concurred with each of the company’s points and ruled in its favor.

On appeal, judges noted the many factors in distinguishing a person as an employee or independent contractor. This case, however, dealt mostly with the “extent of control” the company had over the man’s work. He was on his own payroll and handled his own office, employees, taxes, insurance, etc. He claimed that he had never intended to be an independent contractor, but it was clearly the intent of Whelen, considering the specific reference in the policy document.

Appellate judges did contend that two points might support the man’s argument that he was an employee – he represented Whelen for more than 25 years, and his work was part of the company’s regular business. But even though Whelen did occasionally exert control – requiring weekly itineraries, hiring of some staff, asking that he twice move his office – he performed his own work in the manner he chose. The appeals court saw the man as an independent contractor and affirmed the district court’s decision.

Was Sales Rep an Independent Contractor, or Was There a Breach of Contract? by Harrison Barnes
Tags: at-will employment, breach of contract, independent contractors, lawsuit, us court of appeals
Tweet Like Plus Pin It Share

Employee Engagement Explained
Let’s Get Social
Feel like getting in touch or staying up to date with our latest news and updates?
Related Posts
Latest In Work Relationships