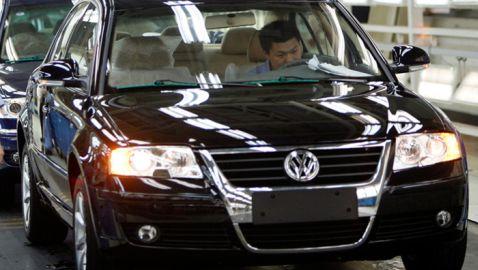 Several years ago, executives for Volkswagen in the Germany area had come to the decision that they were going to need to be more serious about attraction the attention of mainstream consumers, especially if they were going to truly make their mark within the automobile industry. It was then that the executives decided it would be necessary to revamp and completely makeover the Volkswagen campaign. The makeover began with two of the advertisements for Volkswagen that were displayed during the Super Bowl. While this was a great start, it was just the beginning for the people over at Volkswagen, as they have now decided to take a huge leap forward with their new campaign, which is referred to as Why VW?

The new campaign consists of a number of different television advertisements, along with social media campaigns, which are basically designed to show consumers the new products that are being offered by the company, aside from just the Jetta and Beetle, which is what Volkswagen is typically known for. Justin Osborne, the general manager for the marketing communications aspect of Volkswagen in United States, has said, “We have a lot of new products right now; we’re not just a Jetta and Beetle company.” He also said, “We’re resonating with a much broader and larger base, and we have products that are aligned with consumer tastes.”

The fact of the matter is that the new approach Volkswagen is taking to reach consumers and take on part of the automobile industry actually seems to be working. Sales for the company have been increasing with each month that passes by for the past several years. Volkswagen is definitely working its way up to becoming a main player in the United States. They have been making a huge investment with building cars in the United States, which is something they have not done for several decades. The automobile company is really looking for a way to become more popular in the United States while they are increasing the quality of their products and their brand. Obsorne has said, “We want to intrigue people.” He also said, “It’s designed to pique people’s interest and put us back in the forefront.”

It is believed that this new campaign is definitely the right way for the company to grasp the interest of consumers and truly intrigue them. Osborne said, “We’ve always been an optimistic, positive brand, and we want people to remember that, and then they’ll see the product spots and check us out.” The optimism seems to be working out well in the favor of Volkswagen.