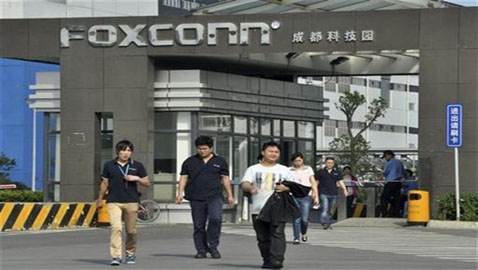 Foxconn in China continues to be in the news for the wrong reasons, from extremely hazardous working conditions for the workers, to unseemly long working hours and abysmally low wages, to workers committing suicide to accusations of Apple turning a blind eye to the obvious exploitation, the plant has been a hot bed of controversies and debate.

According to rights advocate ‘China Labor Watch,’ thousands of workers went on strike on Friday, paralyzing the production Apple gadgets, particularly their iPhone 5. The strike comes at a rather inopportune time for Apple, as there was a huge demand for the iPhone5 and it was way behind delivery schedules.

“According to workers, multiple iPhone 5 production lines from various factory buildings were in a state of paralysis for the entire day,” China Labor Watch said. There are reports that the workers took out their frustration on the quality inspectors who were attacked and physically assaulted.

It is reported that between 3,000 and 4,000 workers began their strike at the Foxconn’s Zhengzhou plant, their decision triggered by the over-exacting quality controls and cancellation of their “Golden Week” holidays, with the management asking them to work during the holidays. The extended period of work was presumably to manufacture sufficient smartphones to meet the market demands.

The China Labor Watch that broke the news said through a statement on its website that not only were workers ordered to work during the holidays, they were making unreasonable demands of product quality when the workers did not have the requisite skills to fulfill the difficult to deal with demands.

Even worse, this led to vociferous disputes between quality control inspectors and the workers and many a time led to physical altercations. Factory management paid no attention to the complaints nor initiated any remedial measures, the Labor statement said.

Neither Apple nor Foxconn confirmed that the workers had staged a walkout.

The contracting manufacturing giant employs upwards of a million people and manufactures gadgets, especially iPad’s and iPhone’s, for such giants as Apple, Hewlett Packard Co, Nokia and Dell Inc. among others.

As early as last month thousands of workers rioted at Foxconn’s Taiyuan facility, which should have served as an eye-opener for the management. That walkout lasted for just 24 hours. It was not known when work might resume this time around.

“This strike is a result of the fact that these workers just have too much pressure,” said CLW executive director Li Qiang. It seems that the workers have said enough is enough and now are willing to stand up for their rights and revolt against the injustice.

Coeur d\'Alene office of our client seeks associate attorney with 3+ years of ex...

A fast-growing boutique IP law firm, with expanding US and international clientele in diverse indust...