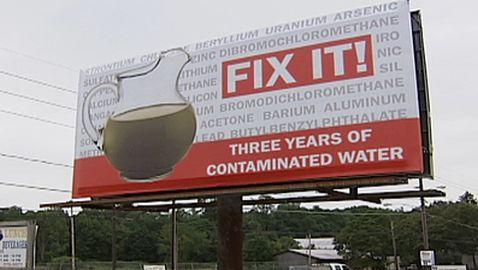 The city council has decided to gather together next month to make the decision as to whether or not a delayed billboard project should finally go forward or not. There has been some opposition against a company and its plan to set up huge billboards alongside of the major highway in Binghamton but even so, the council plans to make the final decision. For quite some time, Binghamton officials have consistently rejected the requests from Park Outdoor Advertising Company.

The requests included wanting to add a bunch of different billboards on one of the busiest parts of the highway in the area, which is right where Interstate 81 and the Route 17 end up connecting with one another. The city planners are against the billboards because they feel it will have a negative effect on the view and the scenery from that point of the highway. The proposal is to have these billboards places on pillars that are as tall as 75 feet. While city planners are opposed to the idea, council members have decided to gather and possibly overrule the findings of the city planners.

For the past four years, Park Outdoor Advertising has been looking to pursue this particular project. It is for that reason that the city council has decided to make a vote during the beginning of the month in November, deciding whether or not to approve the project so that the construction of these billboard structures can begin. The city council may allow the construction of one billboard structure instead of two, which was in the recent proposal.

One councilman, Chris Papastrat, says that constantly delaying a conclusion for the project makes Binghamton look like an unfriendly city when it comes to helping businesses. He said, “If they were a new business and had to go through four and a half years, they would be out of business or in another town.”

The company first had the idea of setting up two billboard structures with four different advertisements that would basically target the traffic on the highway in opposite directions. Officials for the company have agreed to only build one billboard structure again, hoping to receive approval for the construction of this project because of the compromise. Council is expected to vote on this proposal by the 7th of November. The Park Outdoor Advertising Company and its project is already connected to a separate agreement made with the city, which relates to the development of any future signs and billboards that could be placed in the city.