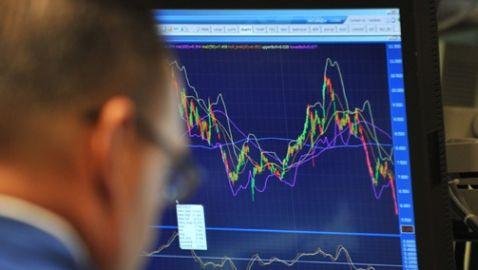 A slow beginning to the fall season of television, down trending audiences and unclear futures for television advertising will be big talking points when quarterly financial reports are issued, according to The Hollywood Reporter.

“The first signs of a stormy second half of the year for advertising had become clear once the agency holding companies reported, and then Superstorm Sandy arrived, making us certain that 2012 will prove to be a year without growth for the U.S. advertising economy,” Pivotal Research Group analyst Brian Wieser said last week

While the Summer Olympics boosted NBCUniversal, the other big entities are likely to report down numbers for the third quarter.

Tony Wible, an analyst for Janney Montgomery Scott, said, “The Olympics may have clouded some of the underlying weakness, but media companies are not seeing a rebound post-Olympics and the new broadcast season is not boosting viewership levels yet. Investors will focus on any characterizations of the advertising market, cost controls and affiliate fee/retransmission agreement’s prospects to offset ad weakness.”

Credit Cuisse analyst Michael Senno believes News Corp. film revenue will be rather unaltered at $1.78 billion, while the operating profit will rise 3.4 percent to $359 million.

TV revenue and operating profit will jump 5.1 percent and 23 percent thanks to Fox broadcast ratings.

Senno sees a 1.4 percent overall revenue gain, pushing them to $8.07 billion and up one percent in operating profit to $1.40 billion.

Senno predicts low Time Warner film results, with revenue and operating profit plummeting 10 percent and 40 percent to $317 million.  The decline comes from trying to compensate for the final Harry Potter movie and having little to supplement Dark Knight Rises.

TV reports should see an upward trend, however, with 3.5 and 9.3 percent growths in revenue and operating profit, respectively.

CBS Corporation had a slow start to their fall television slate and questions about their ad market.  In turn, it has resulted in a lower stock trend.  Some analysts, however, believe there is hope for an upward trend.

Nomura analyst Michael Nathanson believes their third quarter revenue will jump 2.1 percent to $3.44 billion and their Operating profit will raise 2.8 percent to $860 million.

Walt Disney studios will likely see no change to their revenue.  Senno forecasts a 19 percent fall in film operating profit thanks to a $50 million canceled Henry Selick project.

According to Senno, Viacom’s film revenue will drop 43 percent in attempts to compensate for Transformers 3 and Captain America.  Film operating profit may boost 3 percent because of lower print and marketing spending.

Senno sees a 19 percent revenue fall to $3.29 billion in their future, but a marginal operating profit drop from 1.7 percent to $1.04 billion.