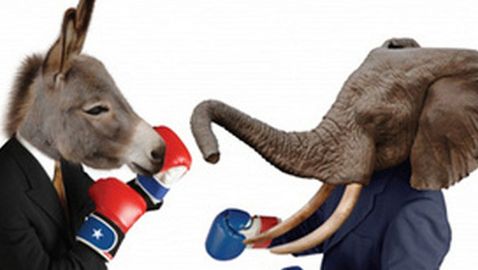 The government has used $16 billion over the past 10 years or so on external advertising and marketing and PR contractors to the likes of inside-the-Beltway and Madison Avenue agencies that help federal entities brighten their reputation and tweak their message, according to the Washington Times.

An investigation has also shown that contracts are given without complete competition while some of the money goes to foreign entities that the government won’t name.

Communication projects have changed quite a bit over the last several years thanks to the Internet and television.  Not too long ago, the government’s main idea was to expose PSAs to the country.  Nowadays, the government is more concerned with bringing aboard translators for global security organizations to as important as political advertising campaigns.

The Veterans Affairs Department has used $25 million on advertising over the last two years to push retired troops to seize the benefits of mental health services.

The Labor Department forked up $500,000 to a PR agency to promote the pros of a clean-energy jobs restraining program.

The Agriculture Department has seen millions go by the wayside over the last five years on advertisements pushing citizens to use food stamps, even though a record number of people are already using food stamps.

Federal workers believe the advertising and marketing assistance is vital in achieving their goals.  With congress hoping to save on the federal debt, it’s likely this group of expenses will be examined closely.

Analysis by The Washington Guardian and Medill News Service indicated that federal entities issued nearly 200,000 pacts and exhausted $16.3 billion in the last decade for several movements.  That comes out to $1.5 billion a year.

Those numbers didn’t include air transportation from military vehicles with messages flying over sporting events.

The Pentagon and the Departments of the Treasury and of Health and Human Services burn the most money.

The government elects to go off the U.S. grid sometimes and contracts foreign organizations for ads, marketing and communications.  Nearly $161 million was pushed to foreign firms.

Even with all that money spent, federal entities have scored conflicting messages.  For example, the Health and Human Services Department posting ads for citizens to get more fit while the U.S. Agriculture Department promoted wines, popcorn, alcohol and chocolate.

Making cuts is nearly impossible thanks to politics.  Large firms, major agriculture business, trade lobbies among others have their shields in Congress and have halted most big cuts.

Seven months ago, the Congressional Research Service stated that there is no universal way to determine what allows federal advertising with no central power for passing such expenses.