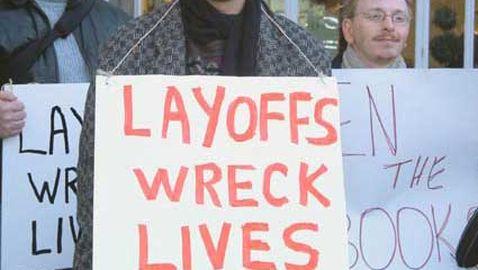 A number of firms are considering layoffs as a way to avoid having to pay for health insurance for employees. Under the new healthcare law, employees who work more than 30 hours must receive health insurance otherwise the employer will face penalties. Rose Wang has a staff of approximately 70 employees, and she is wondering whether or not she is going to have to put any employees out of work because of the new healthcare law, according to the Courier Post.

Wang is the owner for the Binary Group Incorporation, which is located in the state of Virginia. As a small business owner, Wang must provide health insurance to her employees under the new law, which will be in effect on the first day of 2014. At this point in time, Wang does provide insurance to employees, but she also has had a hard time affording the insurance premiums, especially since they have increased over the years. Employees who work for Wang have to pay part of their insurance coverage. Wang feels concerned because she is afraid of how much she will have to pay with the Affordable Care Act.

While Wang is worried about the amount of money she will need to put out, there are tons of other small-business owners who are dealing with the same concerns. The President of the United States, Barack Obama, has recently been re-elected, which means that his Affordable Healthcare Act is now moving forward. Many different companies have to come to a decision as to what they will do to comply with the new law before it goes into effect.

Business owners currently do not know how much the insurance I going to cost them, and most business owners are not sure whether or not they should provide the insurance or simply pay the penalties, which would cost them at least $2,000 for each individual work. There are some business owners who are contemplating going against the law to begin with because they feel it is simply outrageous.

Wang believes that if she cannot afford to provide the insurance, she will simply have to make staff cuts. She has said, “I would have to say, ‘Look, guys, you’re family to me in many respects, but this family also depends on having the kind of cash flow available to keep the lights on and keep employing most of you.” She added, “It would have to come down to that.” She also said that in the future, she will be doing the math to figure out what option would be cheaper, to pay the insurance or pay the penalty per employee.