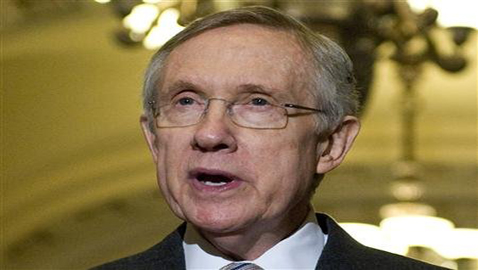 Talks about the “Fiscal Cliff” are going on with feverish pace, but speed breakers continue to pose seemingly insurmountable obstacles, then again follow more rounds of add this and minus that with just one objective that it must be avoided at all costs – however, what each decision will cost the American populace and who stands to be impacted most are important questions that are being sacrificed for the sake of expediency – after all time is a luxury they can ill afford to waste.

The fiscal cliff negotiations, once they are accepted by both the Republicans and the Democrats and all dissenting voices agree, the media and others will go wild, claiming that it is the greatest gift that the administration could give for Christmas, but the unemployed will have nothing to cheer about, in fact their lives could take a turn for the worse.

There is an increasing likelihood that two million people could lose their unemployment benefits, within days of celebrating Christmas. An additional million or more could lose them by March 2013, if Congress doesn’t prolong the aid once more.

Sen. Jack Reed, D-R.I. said, this is what the actual cliff was and was insistent that any compromises that are made to forestall threatening raise in taxes and enormous spending cuts in the New Year, must under no circumstances include cessation of benefits for the long-term unemployed.

In fact Reed avers that the benefits, even if they are on the verge of expiration, must be extended, given that most of the long-term unemployed are still finding it hard to meet their basic needs, paying for their kid’s education and paying mortgages.

Since the recession set in, the government has doled out almost $520 billion into unemployment benefit extensions. What is more, informed sources reveal that the President is keen to extend them for yet another year, as part of an accord for circumventing the fiscal cliff. This would cost the exchequer $30 billion.

The issue of the long-term unemployed persists unresolved – one reason being that it is very hard for the long-term unemployed to get re-employed. Moreover, they get so disheartened about not finding a job that they opt out of the job race forever.  Labor statistics says that there are around 5 million people who fall under this category – more than one-third of the total unemployed.

A study last month by the Congressional Budget Office revealed that the extending the benefit would add around 300,000 jobs and also give the economy a boost. Inasmuch as the benefit of around $300 each week, gets spent almost immediately on food, rent and other unavoidable requirements, it kindles the economy and creates jobs.

There are moral and social benefits as well. The Economic Policy Institute said that, persisting with unemployment benefits had brought 2.3 million Americans above the poverty line, 600,000 of whom were children.

Democrats are keeping the issue alive and saying that they would prefer it be part of the fiscal cliff deal. 42 Democratic Senators, beseeched the Senate Majority Leader Harry Reid, D-Nev., that not extending the benefits would have a crippling effect on the economy,

People on either side of the debate proffer differing opinions.  Those against extending the benefits say, that those receiving the benefits, attune themselves to not working, whilst others continue to look for work that they would prefer to do but are not getting them and not concentrating on jobs that, they may not like, but are available.

However, Sen. Tom Harkin, D-Iowa, refuted the argument and said that the unemployment check over the year amounts to just $15,000, which can barely allow a man to meet his basic needs. He said people would much rather have jobs, which will not only increase their earnings and lifestyles, but also allow them to lead lives of dignity.