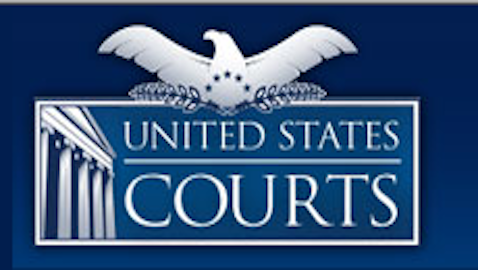 The US federal court system can be a little but confusing for most of us. After all, unless you spend a lot of time in court, it can be confusing to figure out which courts are federal, which ones belong to the state and which ones are local. That is why today, before we talk about the job cuts that the courts are set to make, we are going to try and clear up some of the confusion by looking at how the federal courts have chosen to describe themselves, “How were the federal courts established? What kind of cases do they hear? What is the difference between state and federal courts? These might be some of the questions you’re asking when you visit uscourts.gov, and the answers are a click away. Our Founding Fathers understood the need for an independent Judiciary, which was created under Article III of the United States Constitution. The Judicial Branch is one of the three separate and distinct branches of the federal government. The other two are the legislative and executive branches.”

The court system sadly is bracing for a serious set of layoffs. The layoffs, which are set to impact hundreds or thousands of workers, at this point the exacts of the cuts are painfully unclear, will be more than enough to trigger a mass layoff action, or several depending on how the cuts fall out. For those of you who are not familiar with the idea here is a look at how the federal government defines a mass layoff, “actions that result in workers being separated from their jobs. Monthly mass layoff numbers are from establishments which have at least 50 initial claims for unemployment insurance (UI) filed against them during a 5-week period. Extended mass layoff numbers (issued quarterly) are from a subset of such establishments—where private sector nonfarm employers indicate that 50 or more workers were separated from their jobs for at least 31 days.”

The latest release however was not about the job cuts to come, but about an immigration issue, “U.S. Court of Appeals Judge Denny Chin, a Chinese immigrant who grew up in a Hell’s Kitchen tenement, is the subject of a newly released Pathways to the Bench video profile, the eighth in a video series in which federal judges talk about challenges that helped prepare them to serve justice. Judge Chin, who joined the Second Circuit bench in 2010, recalls how he moved from Hong Kong to New York City at the age of 2. His grandfather and father both worked in Chinese restaurants in New York City, while his mother worked as a seamstress in Chinatown’s garment district. Chin slept with his four siblings in the living room of a one-bedroom apartment, a situation he said was common in his neighborhood. “The law naturally appealed to me, in part because of the challenges we faced growing up,” Judge Chin recalls in the video. “One of the best things I did as a judge over the years was to preside over the naturalization ceremony. … I would tell the new citizens about my grandfather. … I would literally take his naturalization petition, which I have framed in my chambers, and hold it up to the citizens.”